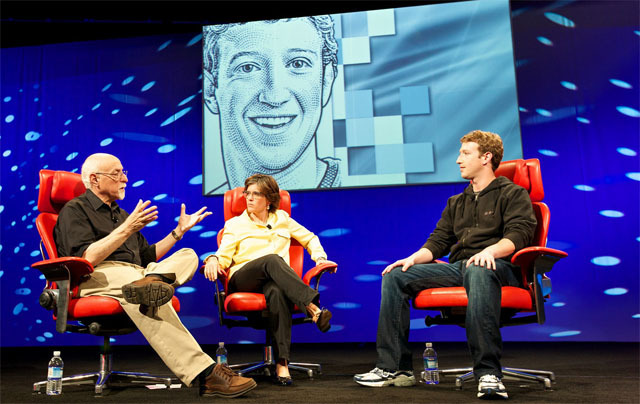 The Facebook chief was quizzed on a variety of important privacy concerns that have been highlighted in recent months. Zuckerberg admitted that over time Facebook's privacy settings had become too complex. "Privacy is a really important issue for us and for the Internet. We spend a lot of time thinking about these things.", Zuckerberg said.

When questioned on opt in or opt out settings, Zuckerberg was insistent that Facebook asks users to control their privacy settings. "We ask that people review their settings and make a choice for what they want their settings to be", he said. Zuckerberg admitted the company has a hard time building products that people use to share information and ensuring that all the products have privacy settings that users can control.

Zuckerberg also looked back on previous controversies surrounding Facebook. He revealed that 10% of Facebook users protested against the news feed when it was originally introduced. Zuckerberg says news feed is critical to Facebook now and that it would be "pretty crazy" if you signed up to Facebook and had to choose individual features to turn on.

The Facebook CEO looked visibly uncomfortable and sweated profusely according to The New York Times who said Zuckerberg was very much in the hot seat.

Zuckerberg defended the perception that Facebook is on a course to push people's information into a position where it's visible across the Internet. "In terms of the settings that we have, I think that there are some misperceptions, umm, and then some of it I think is in line with what we're trying to do. There have been misperceptions that say that we're trying to make all of the information open or something like that, that's completely false."

"My prediction would be that a few years from now, we'll look back and wonder why there was ever this time when all these websites and applications whether they are mobile applications or websites weren't personalised in some way. Whether it's through social plugins or connect or instant personalization or whatever programs other companies come out with. I just think that the world is moving in this direction where things are going to be designed more around people and I think that it's going to be a really powerful direction."