The Windows Live team have aimed to ensure that the next version of Windows Live Essentials takes advantage of Windows 7 fully. All applications now use the new ribbon UI and integrate further into Windows 7 by using Jumplists. Windows Live Sync is also included which keeps your files synchronized on the web and across multiple PCs.

Microsoft has introduced a powerful new feature into Windows Live Photo Gallery. Photo Fuse allows you to take parts of one Photo and merge it into another. The best example for this is when you take a photo and someone in the group has their eyes closed, you can then merge their eyes from a previous photo. 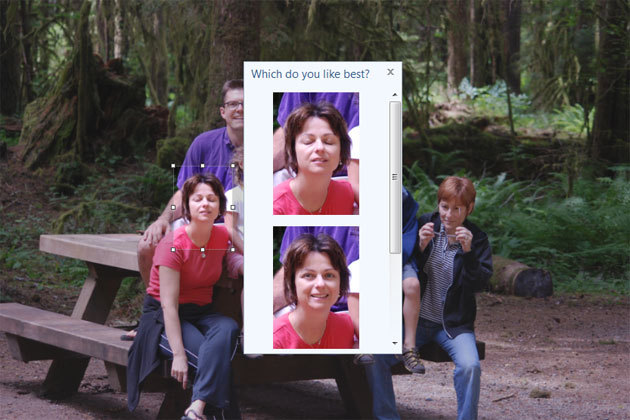 Microsoft has also improved facial recognition. The feature quickly finds and organizes photos according to the people in them. You can tag people in your photos and Windows Live Photo Gallery will automatically suggest additional photos that those individuals are in. 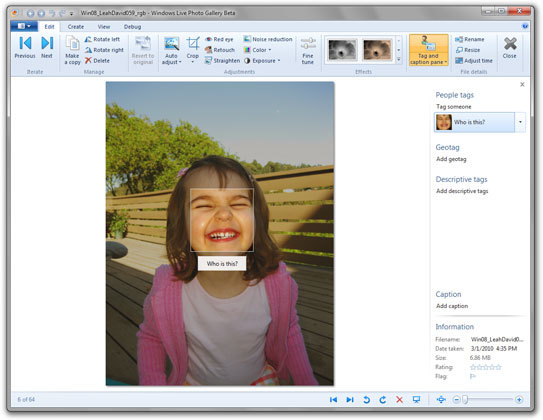 Windows Live Mail now also includes the ribbon UI. Combining Windows Live Photo Gallery and Live Mail together, Microsoft has built several album templates to allow you to share your photos with friends and family. The feature is both useful and impressive. 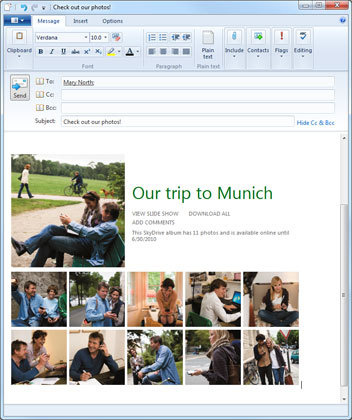 Microsoft says it will begin broad testing of the beta version of Windows Live Essentials in a few weeks time. The final edition is slated for release later in the year.