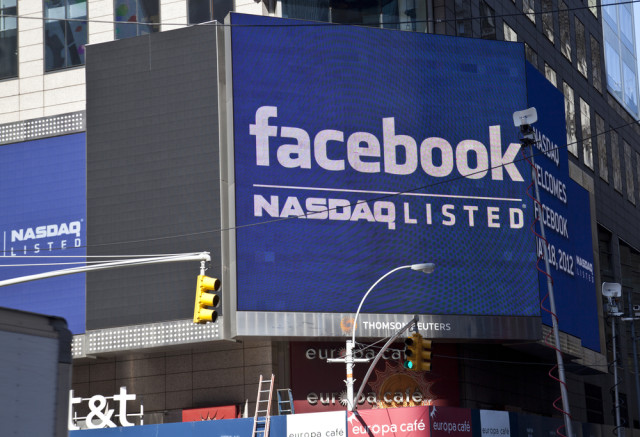 In the time between now and May 2012, Facebook has accomplished a lot. Graph Search, a redesigned News Feed  and an Android launcher to transform smartphones into a 'Facebook phone'; those are just a few of the big features the company has proudly uncovered in the past year. However, during this time, the press have focussed on a hugely disappointing financial year for the social network, who's stock price only briefly rose to $45 on IPO day before falling sharply, and has not climbed back since. Today, however, we're seeing fresh confidence in the network's finances.

In pre-market trading this morning, Facebook's stock price rose to $38.22 after a 6% gain on Tuesday which brought it tantalisingly close to the initial offering. Some of this growth may have been due to the report that Facebook was going to introduce TV-style commercials to the News Feed, which would sell at $2.5 million a day.

Since October last year, when Facebook's stock fell to a worryingly low price of $17.55 a share, mobile ad revenue has been rising sharply each quarter, now accounting for 41% of total revenue, compared to 14% when the price was in that dangerous position. Investors seem to understand just how much this area matters to Facebook, and thus their stock will continue to correlate with developments in the mobile space.