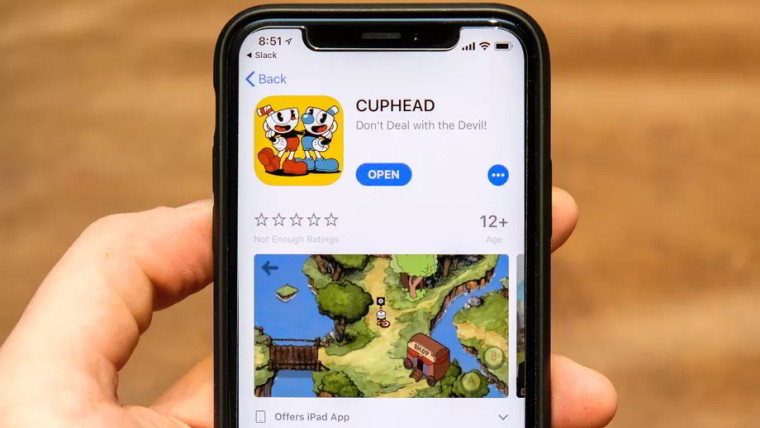 The incredibly difficult throwback-platformer Cuphead has been a rather big hit for developer Studio MDHR, so it stands to reason that knockoffs would happen. However, an app appeared on the App Store that was more than a knockoff. It was an outright fake, listing Studio MDHR as the maker of the game.

The Cuphead "app," originally reported as an actual release by TouchArcade, has since been removed, but had legitimate screenshots and most of the basic information correct for those not paying attention. But after an information dive by The Verge, we find that the website affiliated with the app is studiomdghrgames.com instead of the official studiomdhr.com. The bogus app also inaccurately called the developer Studio MDHR Entertainment. The fake website was registered to someone that is not a Studio MDHR employee living in the city of "Wasinghton, Wasinghton."

StudioMDHR quickly chimed in as well:

There is a Cuphead imposter app on the iOS store -- this is a scam. We are working on removing the fraudulent app ASAP!

What is more disturbing is that the app made it through Apple's submission process, even with the obviously fake information. For its part, the game was playable for the $5 you drop on it, but it is low-res and certain functionality still seemed to adhere to the console version instead of the touchscreen.

While you might expect the developer to want to follow up on the successful title with a mobile version, the company has an exclusive deal with Microsoft for the Xbox One.

For its part, Studio MDHR followed through on its promise to have the "fake as hell" app removed. Hopefully, few fans wasted any money on it.