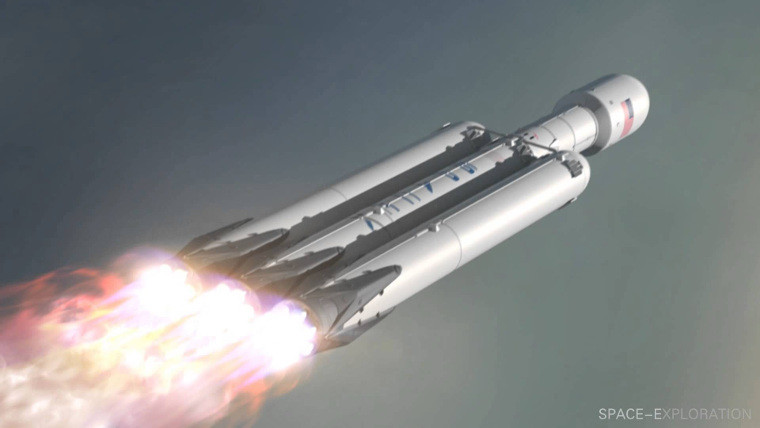 SpaceX will be static test-firing the Merlin engines of its Falcon Heavy rocket at the Cape Canaveral launch site this afternoon. If all goes well, then the Falcon Heavy is expected to be ready for its maiden launch in only a matter of weeks, perhaps before the end of January.

The launch of the Falcon Heavy has been on the cards for a long time. However, since November of 2017 the Cape Canaveral launch site has had to clear a number of scheduled Falcon 9 launches before the necessary preparations could be made for the much larger Falcon Heavy. Essentially this rocket consists of three of the Falcon 9's boosters combined into one bigger launch vehicle. Once it takes off it will be the world's most powerful rocket, capable of getting 140,000 pounds of cargo into Lower Earth Orbit (LEO), only the retired Saturn Vs of the Apollo missions could take a heavier payload into LEO. The Falcon Heavy is now finally on the launchpad, however, as reliable as the Merlin engines that make up the boosters have proven, a Merlin engine did malfunction during a live fire test in Texas in November and explode at the testing facility.

As has already been previously reported, the test payload of the Falcon Heavy will be Elon Musk's very own Cherry Red Tesla Roadster original, playing David Bowie's Space Oddity. This is a maiden test flight and who knows, it could just explode on the launchpad or on its way up. If all goes well and it doesn't explode, then the car will be sent on a billion-year orbit in our solar system with David Bowie being played on loop, there is a cheeky hope from Musk that a future alien species might come across his car.

Upon the result of today's test the final official launch date will hopefully be confirmed by SpaceX, be sure to tune in and the company will most likely offer a live feed of the moment that the car is sent off on its insane orbit.