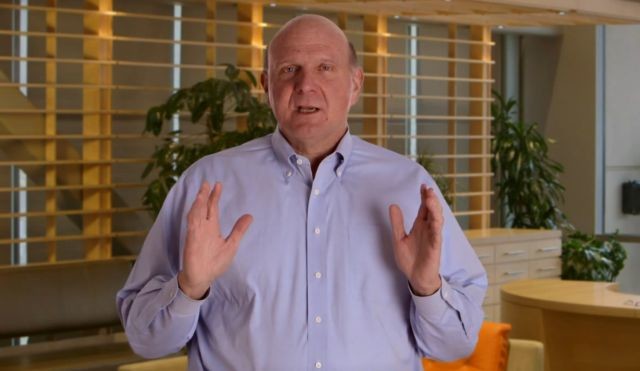 Microsoft may have named Satya Nadella as its new CEO today, but that decision also means Steve Ballmer, who joined the company in 1980 and has lead the folks at Redmond since 2000, is now officially no longer working day-to-day at Microsoft after 34 years. Ballmer first announced his plans to retire from Microsoft in August, which triggered a nearly six month search by the company for a new CEO which ended today.

Microsoft has published the final letter sent to Microsoft's team members from Ballmer on this occasion. It is shown below in full:

Today is an incredibly exciting day as we announce Satya Nadella as the new CEO of Microsoft. Satya will be a great CEO, and I am pumped for the future of Microsoft. You can read the full announcement here.

Satya is a proven leader. He’s got strong technical skills and great business insights. He has a remarkable ability to see what's going on in the market, to sense opportunity, and to really understand how we come together at Microsoft to execute against those opportunities in a collaborative way. I have worked closely with Satya for many years and I have seen these skills many times. He is not alone, though. Our Senior Leadership Team has never been stronger, and together this group will drive us forward.

Above all, I love the spirit of this place, the passion, and the perseverance, which has been the cornerstone of our culture from the very beginning.

Stay focused and keep moving forward. I am excited about what we will do. Satya’s appointment confirms that.

Thanks for making Microsoft the most amazing place to work on the planet, and thanks for the chance to lead.

Microsoft has also uploaded a new video featuring Ballmer speaking about his support for Nadella, and he states that he is open to helping the new CEO "in any way that I can". He ends the clip by saying, "I love this company, and today couldn't be a better day."

There had been speculation that Ballmer would also give up his seat on Microsoft's board of directors when he left as CEO but he remains on the board after today's events. Ballmer still owns nearly four percent of Microsoft  and has already stated he does not plan to sell them anytime soon.