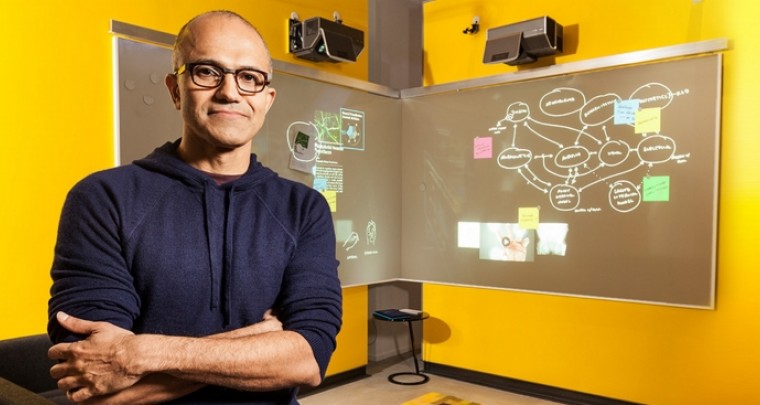 In his first email to employees as chief executive, Satya Nadella gave a direct statement about where Microsoft's focus will lie in the future, saying the company will target some areas where it has lagged behind.

"Our job is to ensure that Microsoft thrives in a mobile and cloud-first world," he wrote, a statement that has since been echoed by Microsoft co-founder Bill Gates, who now serves as a technical advisor to Nadella. Microsoft's new leader clarified his statements further, saying the company will have to "reimagine a lot of what we have done in the past for a mobile and cloud-first world," which he says will come through the company's devices and services strategy – an initiative put into place by former CEO Steve Ballmer.

Nadella cited Ballmer's "One Microsoft" reorganization as a key aspect of his focus, with the still-pending acquisition of Nokia's smartphone unit as an area that will bring Microsoft "new mobile capabilities."

If it wasn't clear enough that Nadella's strategy was a key reason Microsoft's board of directors chose him for the position, Bill Gates issued a congratulatory welcoming message that largely reiterated the company's focus going forward.

"Satya's got the right background to lead the company during this era," he said. "There's a challenge in mobile computing. There's an opportunity in the cloud. In the various business groups he's worked in, he's driven innovation [and] gotten architectures put together that really meet the needs of our customers."

Mobile devices will be a focus for Microsoft going forward, possibly hinting at the importance of its Surface line as well as the impending acquisition of Nokia's smartphone unit.Nadella was reportedly Gates' first choice for Microsoft's next chief executive, and the duo will work closely together going forward, as Gates will devote time at the company to work on product-related issues. Recent reports said Gates will serve as a "wingman" for Nadella, which likely means the mobile and cloud focus the two have touted won't be derailed by infighting among other Microsoft executives, a problem that has led to failed launches of products, such as the Kin smartphone line.

Microsoft has been widely criticized for missing the boat on several key trends, such as consumer adoption of mobile computing devices. The company's Windows Phone and Surface products have struggled to make up ground against Apple's iOS products and devices running Google's Android operating system. Investors have also called on Microsoft to develop software for competing mobile platforms, something Ballmer strongly hinted the company is doing.

On the cloud front, Microsoft adapted quicker with its SkyDrive storage services, though the market is crowded with competitors such as Box, Dropbox, iCloud and Google Drive. For the enterprise segment, Microsoft's Azure platform is one of the leading cloud-computing offerings.

The increased focus on mobile devices could mean Windows, Microsoft's flagship product, will continue on its path toward increasing touchscreen integration despite mixed reactions to Windows 8. Several reports have claimed Microsoft will reveal Windows 9 at its BUILD 2014 conference in April.

In addition to an increased emphasis on mobile products and cloud services, Nadella has said Microsoft will pride itself on innovation under his tenure.

"Our industry does not respect tradition – it only respects innovation," he said in a profile Microsoft released confirming his new position. "The opportunity ahead for Microsoft is vast, but to seize it, we must move faster, focus and continue to transform. I see a big part of my job as accelerating our ability to bring innovative products to our customers more quickly."