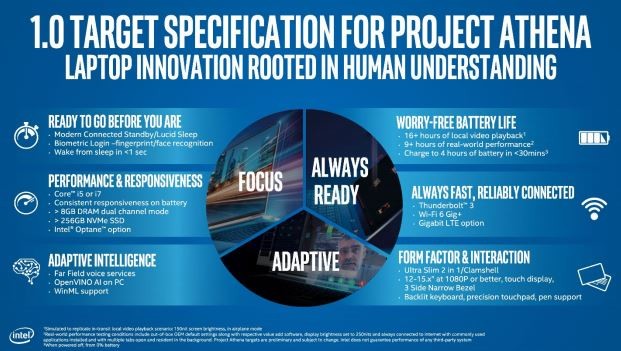 Project Athena is Intel's latest standard for ultrabooks and convertibles. The 1.0 spec includes things like the ability to wake from sleep in less than a second, over nine hours of "real-world" battery life, and more. It also counts on other premium features like having either a Core i5 or a Core i7, at least 8GB RAM, at least a 256GB SSD, biometric authentication, Thunderbolt 3, Wi-Fi 6, and optional LTE, all things that are key to a great PC experience. 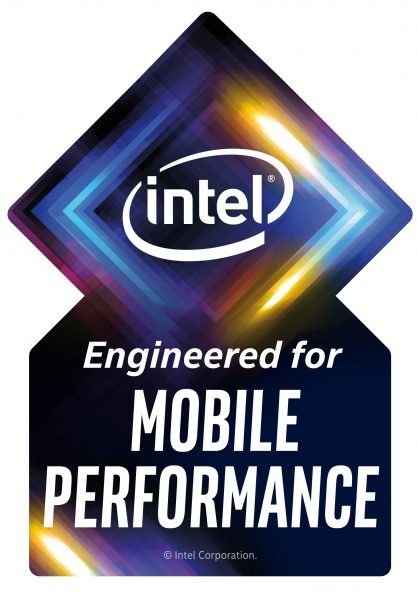 Today, the chip manufacturer announced the official branding that you'll see on Project Athena PCs. The branding will have an Intel logo and below it, the phrase "Engineered for Mobile Performance". With the new branding, you'll be able to tell which laptops and convertibles meet Intel's standards for premium.

The first mobile PC to use Intel's Project Athena branding will be Dell's new XPS 13 2-in-1, which went on sale today. That makes it the first mobile PC that you can buy that includes Intel's new 10th-generation Core processors from the Ice Lake family, its first generation of 10nm CPUs.

Intel also said that you'll be able to find the new logo on HP's new EliteBook x360 1040 and EliteBook x360 830, although those will include the company's eighth-generation Whiskey Lake processors. The firm said that this holiday season, you'll also see Project Athena branding on devices from Acer, Asus, Dell, HP, Lenovo, and Samsung.

Update: Intel has reached out to confirm that this will not be a sticker on laptops. It will be used on "PC manufacturer, retailer and other online listings and product detail pages, as well as on in-store display systems, demos and packaging."