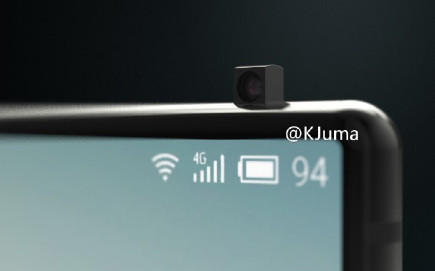 When it comes to a smartphone, a majority of the handsets available on the market share a very similar design. But Xiaomi managed to elevate and show the world that there is still more that can be done with its late entry "concept" handset, the Mi MIX.

While these handsets are fairly common as prototypes and concept models, the Mi MIX offered a surprising twist when it was actually made available to consumers for purchase. Since then, it has been revealed that Meizu, another large manufacturer from Asia, is also preparing its rendition of a bezel-less smartphone. While details were previously scarce, new information has surfaced that could see the handset debut as the 'Pro 7'.

Although similar to the Xiaomi, the Pro 7 actually offers a different approach, in that it actually does not have any distinct bezels. This means that all of the electronics for the earpiece and fingerprint sensor that are traditionally located on the front panel are now embedded under the screen. If the leaked slides are to be believed, the handset will be offered in two variants - one with 6GB RAM and 64GB storage for around $395 and a higher model that offers 6GB RAM and 128GB storage for around $455. The handset is expected to make its official debut before the end of the year.