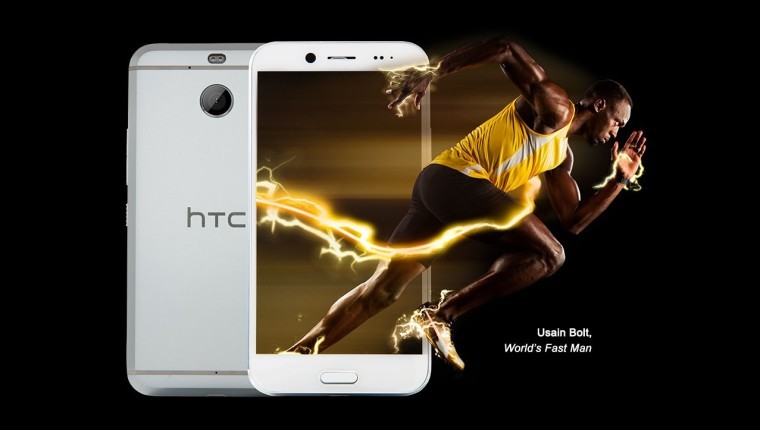 HTC has announced a new smartphone called the Bolt, which would be available exclusively from Sprint in the US.

The HTC Bolt was first leaked by Evan Blass (@evleaks) over two months ago and a rumour suggesting that it would feature the Snapdragon 810 chipset emerged soon after. HTC's announcement mentions that they've taken good points of the HTC 10 and made some improvements such as adding water resistance and improved sound output with HTC BoomSound Adaptive Audio. However, looking at the specifications, it hardly feels like an upgrade.

Other than the older Snapdragon 810 octa-core chipset, the Bolt features 3GB of RAM, 32GB of internal storage, a 16-megapixel rear camera with optical image stabilization, an 8-megapixel front camera and a 3200mAh battery. It has a 5.5-inch Super LCD3 screen with Quad HD resolution. Additionally, the X10 LTE modem used in the Snapdragon 810 pales in comparison to the X20 modem in the Snapdragon 820.

Given the device's lower specifications compared to ﻿the HTC 10, it isn't exactly in flagship territory. However, it does have IP57 water and dust proofing and comes with Android 7.0 Nougat out of the box. HTC also packs USB-C headphones with the device as it does not have a 3.5mm headphone jack.

In the US, the HTC Bolt is now available from Sprint for $25/month on a two year contract. There is no word on whether the device will be launched in other countries. According to evleaks, a global version of the phone, called HTC 10 evo might be launched in the future, but not much else is known about it yet.