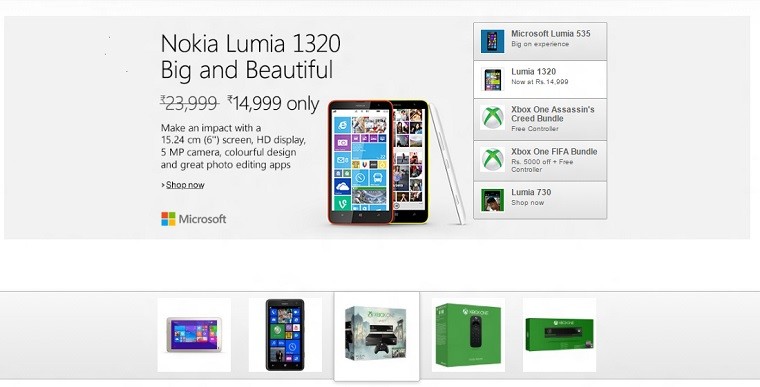 Microsoft has just opened a digital store in India by using Amazon. This might point to a new way of doing business for the US-focused company.

People in India now have direct access to Microsoft’s products, both digital and physical, by going to the Microsoft brand store on Amazon India. Lots of products are available starting with Windows 8.1 going through Windows Phones, Office, Xbox and even third party laptops and tablets – obviously no Surface though.

The Microsoft Brand Store will also feature special deals, bundles, discounts and every other kind of offer you’d expect from a regular store. It already does for the Xbox One and some Lumia handsets and customers will also benefit from free shipping which is always a plus.

Microsoft has regularly, though not unfairly, been criticized for focusing almost exclusively on the US while treating many of its other customers as second-class. Perhaps this brand store on Amazon is the company’s first step in addressing some of that criticism.