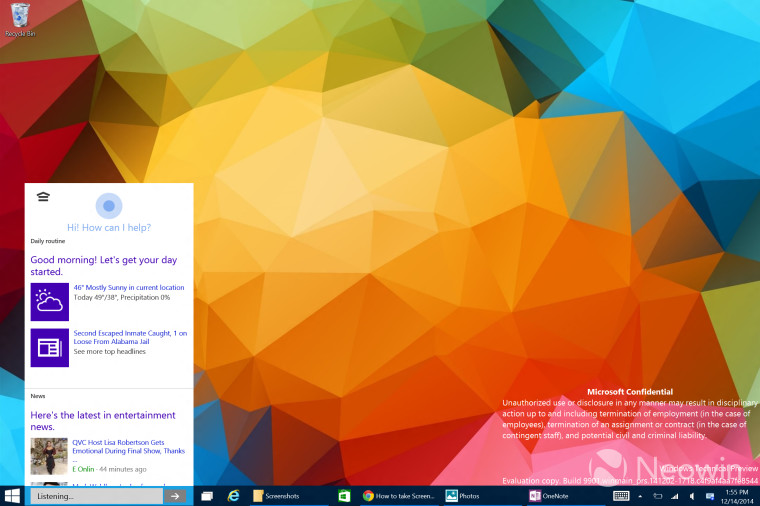 Yesterday a new build, version 9901, of Windows 10 leaked onto the web and many people were likely curious to try it out. However, installing this version will break your Insider update cycle and you won’t receive further builds.

Microsoft has been very forthcoming with its newest operating system, Windows 10, by releasing preview builds for those in the Insider Program and by sharing a lot of info about its future plans for the OS.

However that’s not to say that installing leaked builds, only meant for internal testing, won’t have consequences, though they might be different compared to what you’re expecting. Those of you who installed leaked build 9901 won’t be able to automatically update to newer builds when they become available.

However, as Gabriel Aul, lead for the Inside Program, noted on Twitter, this is not a punitive measure on Microsoft’s part. Rather it’s the result of a bug in this version of the OS. Affected users will either need to revert to a previous build or update using and ISO of the future build, expected to be released at Microsoft’s January event.

Noting a change in Microsoft’s demeanor regarding leaked software, Aul also went on to say that the team is excited that so many people want to try out their latest product.