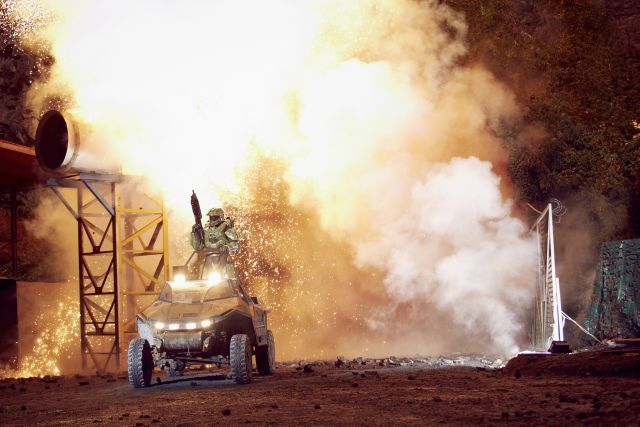 Microsoft is spending tons of money in the past few weeks to launch products. It turned Times Square into a huge Windows 8 product demo site last week. However, that's nothing compared to what the company is doing for the upcoming launch of Halo 4.

This week, Microsoft's army went to the small country of Liechtenstein and turned some of its most well known landmarks into sci-fi locations that resemble that of Microsoft's sci-fi gaming franchise.

Super fans and worldwide media from 16 different countries were catapulted into this off-world environment to take part in a theatrical experience which saw them travel to a top secret location before being unexpectedly thrust into a war zone which recreated brutal battle grounds through pyrotechnic explosions, thunderous sound effects and cinematic set builds.

The game, developed by Microsoft's own 343 Industries, is due to be released on November 6th for the Xbox 360. Some of the early reviews of the game are already in and so far they are positive for the most part. You can go ahead and check out Neowin's own review of the game's single player campaign.