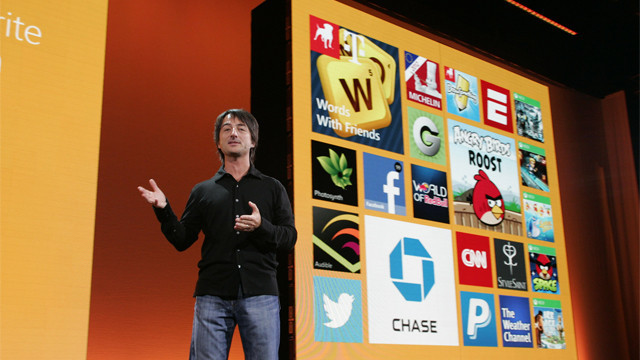 Joe Belfiore, manager of the Windows Phone team, touts the platform's apps at an October event.

Microsoft wants users of Google's smartphone operating system to switch to its own platform, and to do so it plans to release a "Switch to Windows Phone" Android app aiding in the transition.

When the app is released next week, Android users who install it will be able to find Windows Phone versions of their apps as well as substitutes for those that don't have official Windows Phone versions, such as Instagram. The app, which was developed in coordination with a third-party developer, uses a cloud storage service to store an inventory of a user's Android apps. A Windows Phone version of the app then uses that inventory to find equivalent apps on Microsoft's smartphone operating system and provides users with Windows Phone Store listings.

A representative of Quixey told Neowin the app was was originally planned for release today but has been delayed until sometime next week. The representative also provided the following statement on behalf of the company as well as a screenshot of the app, seen below: "We worked closely with the Windows Phone team on developing the app. We're currently waiting for an exact release date."

When reached for comment, a Microsoft spokeswoman said the company doesn't "have anything to share at this moment" regarding the app. 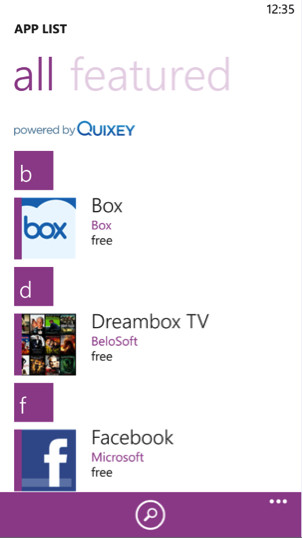 The Switch to Windows Phone app.

News of the app's release was first reported by CITEworld, which said Guru Gowrappan, Quixey's executive vice president for products, indicated an iOS version of the app won't be available.

Microsoft has increasingly attempted to sway users of Google's smartphone operating system to its own platform since the latest version, Windows Phone 8, launched in October.

The company's Windows Phone Twitter account mocked Android in December with the hashtag #DroidRage. Microsoft asked Twitter users to share their Android malware "horror stories," though the attempt seemed to backfire on the company when many users responded with negative comments about Windows Phone instead. Additionally, Microsoft released a commercial last month pitting Nokia's Lumia 920 against Samsung's Galaxy S III, the most popular Android smartphone.

Editor's Note: This article has been updated to include statements from Quixey and Microsoft representatives.