What will be provided on Friday is unknown but we may finally find out pricing options for Windows 7 upgrades or it could possibly show the paths you have to upgrade to Windows 7 but leaving out the pricing options.

Microsoft also plans to release final versions of its Windows 7 keyboard and mice drivers on June 26.

A quick background check on who owns the site reveals that "This site is hosted for Microsoft by arvato digital services.
© 2009 This site is maintained by or for one of the following Microsoft Corporation affiliates: Microsoft Licensing, GP, Microsoft Ireland Operations Limited, or Microsoft (China) Co. Limited, and the applicable entity is referred to as "Microsoft" throughout this site" so it would appear that this site is legitimate. 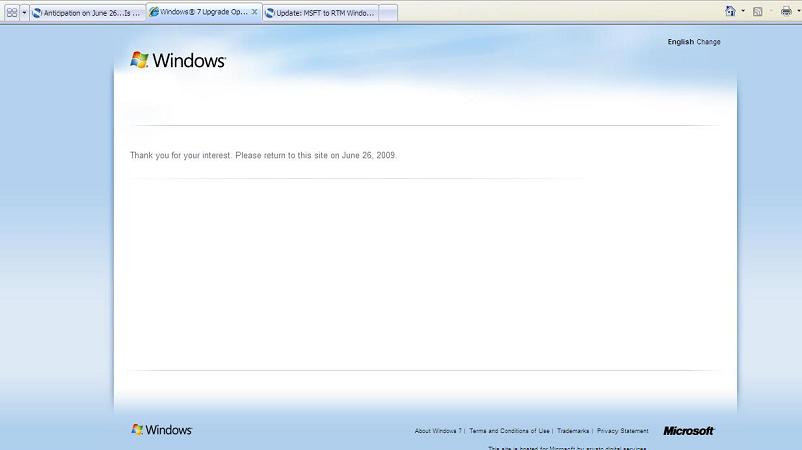 Stay with Neowin as more news will likely leak as we approach June 26. Thanks to Neowin forum member FaiKee for the heads up!