Microsoft has finally confirmed that the Windows 7 box art, first leaked back in May, is in fact the genuine design and will be used when Windows 7 hits the shelves in October.

In a post over at the Windows 7 Team Blog, Brandon LeBlanc reveals that, as with the new operating system, the packaging has also been simplified since Windows Vista. Unlike the fairly complicated side opening three-step method required for the Vista box (obviously some consumers found it so confusing that Microsoft had to make a "how-to" article) the Windows 7 box will be a simple and more traditional DVD-style case. It also features less packaging materials to reduce environmental footprint. 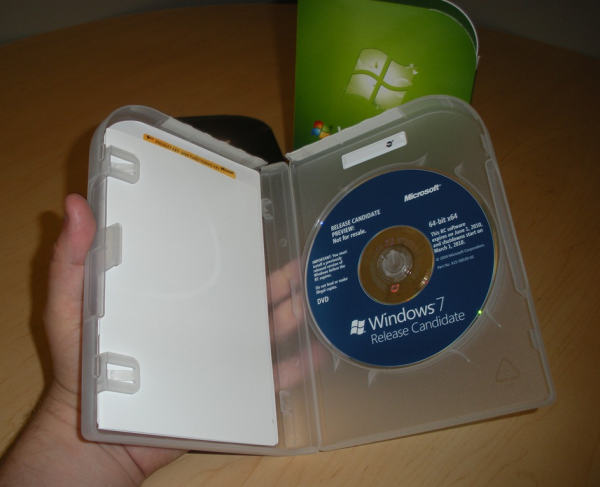 After listening to customer feedback, the designers decided to include a "big bold Windows logo" with larger stand-out text but an overall simpler design. As we have already seen, the different editions of the operating system will have different coloured boxes to make them more distinguishable.

Once you have removed a seal on the top of the box it easily opens and inside you will find the disc and a short "Getting Started" guide. Then, if for some strange reason you'd like to dispose of your Windows 7 disc and box instead of keeping it for future use, the good news is that it is recyclable and actually weighs 37% less than the Vista box. Things are heating up for the Windows 7 release now and it seems that the momentum is really building within Microsoft as they prepare to start showing the world their final product.

When asked by Neowin if there was any news on the price for one these boxes, LeBlanc said "not yet."