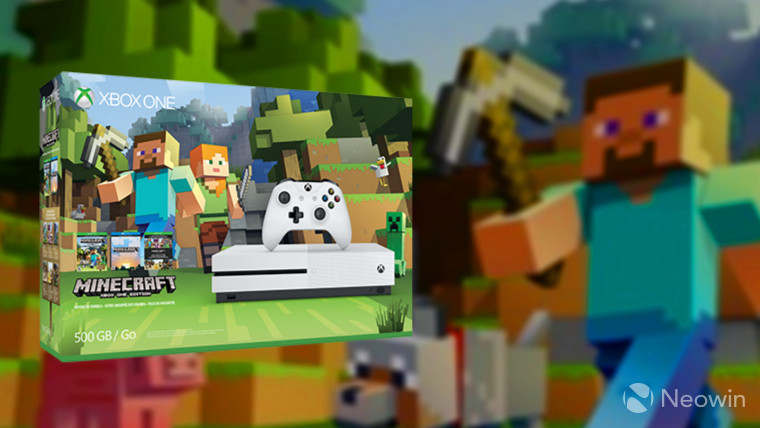 If you're in the US, and you've been thinking of buying an Xbox One S - perhaps for that special gamer in your life - this might be the ideal time to do so.

Microsoft has slashed the price of its Xbox One S Minecraft Favorites Bundle from $299 to just $229. The bundle includes:

In addition to the $70 savings, Microsoft is also offering your choice of an additional free game with the bundle, from the following options:

If you're thinking of buying the bundle at its new low price, you'll have to be quick. This is a one-day-only deal, which will expire tonight at 11:59pm PST - or sooner, if stocks run out before then. The deal is also available from some other retailers, such as Best Buy - good news if the Microsoft Store does run out of stock.

While you're shopping on the Microsoft Store, you might also want to check out another deal available there today. The company is currently offering up to $200 off its Surface Pro 4 tablet, as well as including a free Type Cover of your choice.