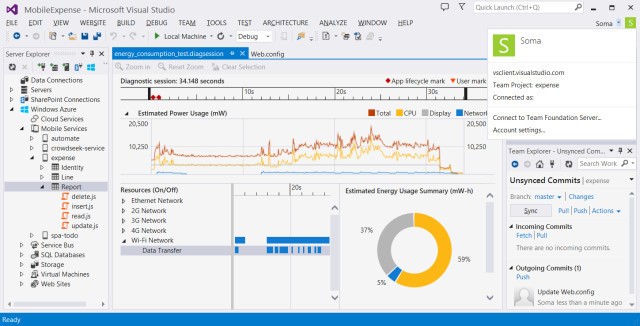 While Visual Studio 2013 has been available for purchase and download for a few weeks now, today is the day that Microsoft has decided to hold a virtual launch event for the latest version of its popular development tools at 10 am Eastern time.

You can watch the event via Microsoft's website, where Microsoft executives S. Somasegar, Scott Guthrie, and Brian Harry will participate in a keynote session. They will go over the new features in Visual Studio 2013, and after that Microsoft will hold online technical sessions and interactive interviews with team members.

Neowin will also post our own Visual Studio 2013 interview with Brian Harry, Microsoft Technical Fellow in charge of Visual Studio Team Foundation Server and other developer collaboration tools, at 10:30 am. In addition, Brian will join us here on the website at 5 pm Eastern and answer additional questions from Neowin readers in our news comments. So ask away - whatever's on your mind in regards to Visual Studio 2013.

We want to thank Microsoft for helping us cover the launch of Visual Studio 2013 and we look forward to Brian's live Q&A with our community later today.