On Monday, we reported that Microsoft has launched a website just for UK residents to vote in the Xbox Entertainment Awards. Now the site has been shut down following reports that a page on the site could be accessed that showed quite a bit of information from the people who chose to vote on the site. 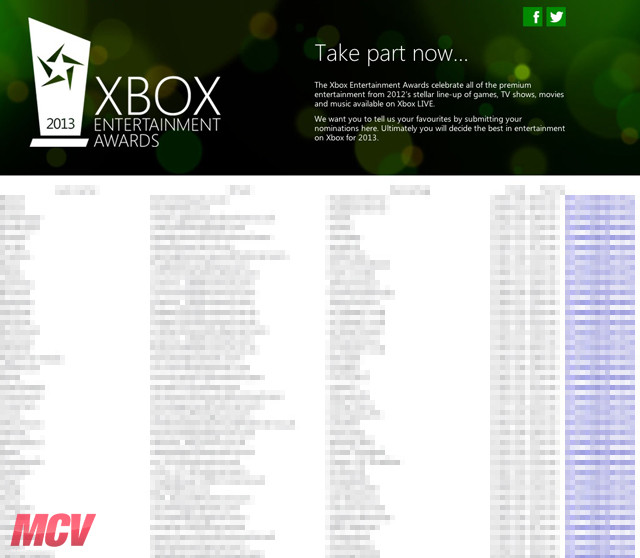 MCV reports they were alerted to the security breach by a reader who sent them a link where the private information was available for anyone else to see. The data on the page included the real names of the people who voted in the awards, along with their email addresses, birthdays and their Xbox Gamertags. The reader claims that about 2,892 names were shown on the site. It is not yet known how long the page was available to the public.

While truly private information, such as passwords, were not exposed as part of this breach, it stands to reason that hackers could gain a lot from the data that was exposed from this issue. The site has now been shut down and in a statement Microsoft admitted to "currently experiencing technical difficulties" with the Xbox Entertainment Awards site. The statement did not mention anything about the voter's data being exposed to the public.