A couple of months ago I purchased a cheap Acer Iconia Tab that would become the first Android tablet (or any tablet for that matter) that I have owned. For the most part I was impressed with the hardware and the operating system (Ice Cream Sandwich) that was loaded on the tablet, which allowed me to use the great native apps such as Calendar, Gmail and the browser with ease.

On the other hand it's no secret that the app selection for Android tablet users in the Google Play Store is rather terrible compared to a certain other popular tablet device. Still, there are a few apps that I have found in the Store that I use on a regular basis, and I felt that I should share those with you; and hopefully some of them will be new to you. 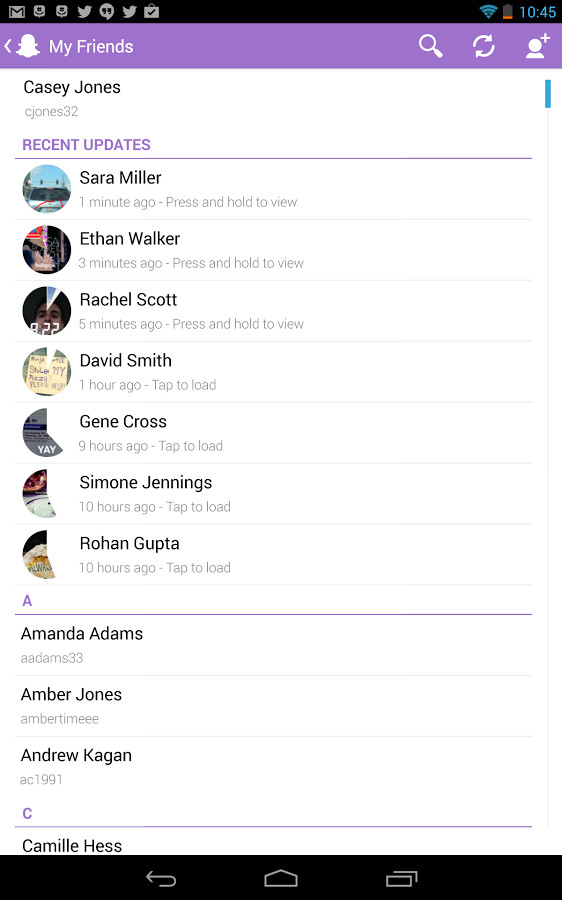 I thought I should start this whole list off with a Google-made application, which is going to have a natural tablet interface that is great to use. While still in the early stages of development and support by websites, Currents allows you to check up on your favorite news sites in an awesome newspaper-like format that makes reading a breeze. You don't have to visit the website for the publication and deal with all their extra sidebar rubbish, instead you get nicely formatted articles and indexes that makes Currents easily the best non-RSS news reader on the Store.

If you have a Tegra-based tablet this game is definitely a must-buy. It sees you as an alien rushing around fully-3D cities, planting all sorts of traps and obstacles to cause the most destruction possible. You'll experience lots of destructive, explosive physics and animation, which in my eyes makes it so awesome. It's a relatively new player on the market, but it's still packed with loads of levels and different environments to terrorize, hopefully with more stuff (and support for non-THD devices) later. 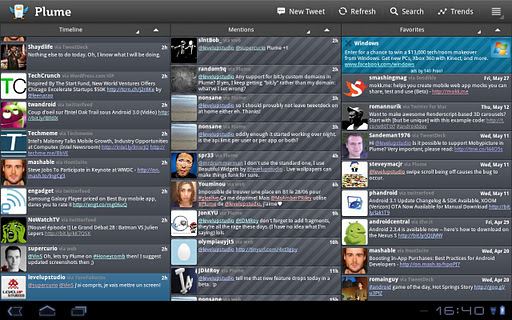 To be honest none of the Twitter apps on the Store are outstandingly amazing, but out of all the ones I've tried (official app, TweetCaster, TweetDek, Seesmic, etc.), Plume is the one I'm sticking with. It's one of the few that offers a tablet-optimized interface, and while it can be cluttered and I don't particularly like the color scheme, it's functionally the best app for browsing Twitter out there. Special mention can also be made to FriendCaster, which is the best Facebook app. 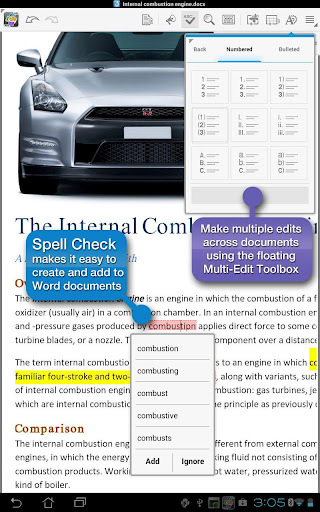 Without a proper Office application available for Android from Microsoft, your options are pretty much limited to either Documents to Go or Quickoffice Pro. As I wanted to view and edit documents on the fly I decided to try both before settling with Quickoffice Pro HD, which is their tablet-specific version that is packed with a great interface and an absolute bucketload of features, with more getting added all the time.

The great interface and features does come at a cost though, with the app setting you back $20 from the Market without a trial version available. However, I suggest you take the plunge anyway as the final product is really good; obviously not as good editing Office docs on Windows but it comes close. The only thing it needs now is SkyDrive integration, which would complete the package. 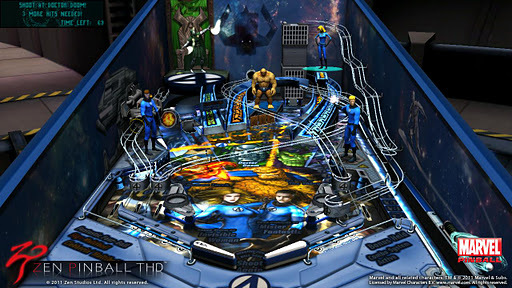 Another Tegra-only game, but it must be singled out for its amazing quality and awesome gameplay, mostly because it's by the same guys who made the PS3 (Zen Pinball) and Xbox 360 (Pinball FX) versions of this game. It's free to download with one pinball table included, with several more available for $1 each; but even with just one available it's just so damn fun and addictive. Get it, enjoy it and love it, because it's by far the best pinball game available. 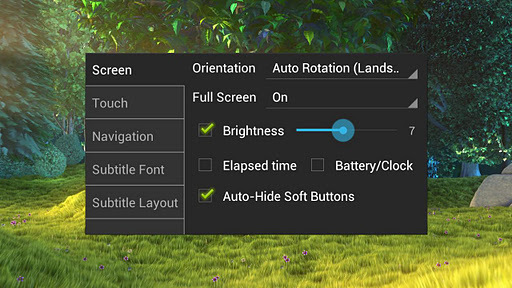 I was talking to some of my mates recently and I was surprised that they hadn't heard of MX Video Player despite the fact that it has over 10 million downloads in the Store. Seriously, if you use your tablet for watching videos, this is the application that you should be using. It supports a wealth of formats and codecs, using hardware decoding where possible, and the interface is very good as well including turning off the OS software buttons. Even better, it's free with ads only in the menus, so it's well worth a download. 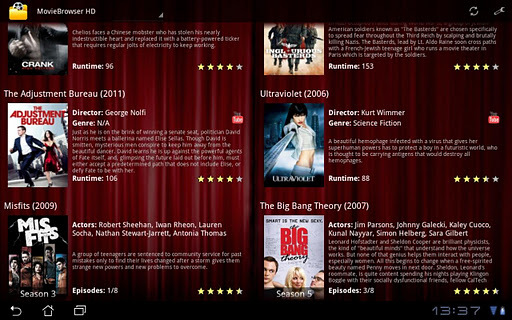 To complement your selection of MX Player I highly recommend you also pick up MovieBrowser HD. This app is basically a database that beautifully collects together information on your movies and TV shows stored on your tablet, or even on a networked location if you buy the paid application. Everything is automatic in a similar fashion to the Windows app XBMC, which makes it a great choice if you use your tablet for media often. 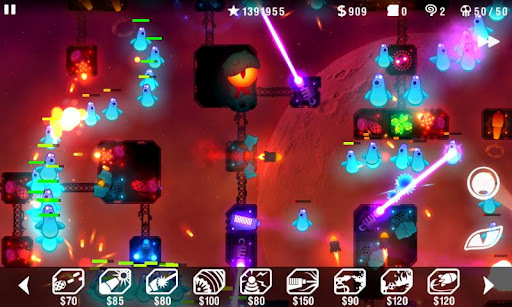 Yep, it's a tower defense game, but if you're going to choose any tower defense game it should be this one for three reasons: it's tablet optimized, it has loads of towers to choose from and it has an amazing Hexage-signature style. It's free without ads, only supported by in-app purchases, which I don't particularly like but that doesn't stop me from enjoying the game. And while you're at it, check out Hexage's other games like EVAC, because they are also pretty darn good. I was extremely surprised at the quality of this EA Mobile game when I first loaded it up on my tablet. Firstly, it actually looks really good and performs amazingly, and secondly it has a legitimate story and good gameplay that makes this game one of the best "hardcore" tablet games available. Also, it has an original story that isn't exactly the same as the console/PC version, which doesn't make it a shameless port like I was somewhat expecting. Good work, EA.

While I'm at it, I've heard that Mass Effect: Infiltrator (the new EA Mobile game) is good as well, and although I haven't played it, it might be worth a look. 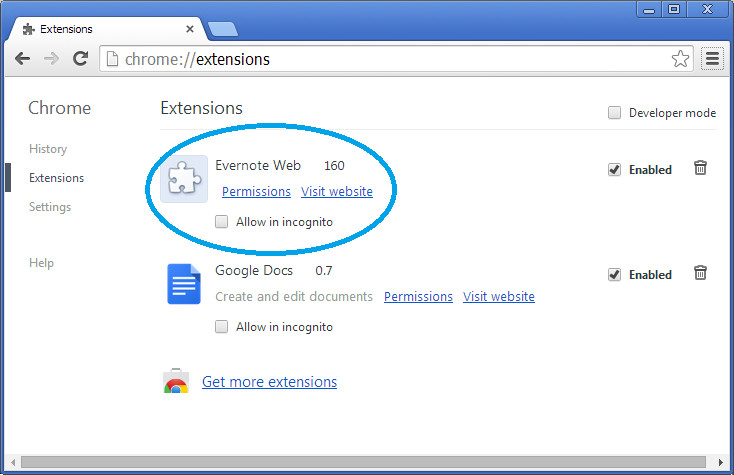 I wish I could have given a less well known or newer player in the Store my #1 spot, but that would be ignoring just how good Evernote is. Even if you bought Quickoffice Pro HD as I did, Evernote is still the best note-taking application available with its awesome tablet-optimized interface. I use it all the time for note-taking on-the-fly and it gives me all the essential features and more, such as syncing so I can pick up where I left off on my desktop or smartphone.

It should be noted that these are just 10 of the apps and games that I use frequently, and of course there are a decent amount of other tablet-optimized apps out there. You'll notice that I didn't select a book/reading application because you've probably already decided on using either Amazon Kindle, Google Books or none at all; and some games like GTA III, World of Goo and Dungeon Defenders can be honorably mentioned.

If you've found any other cool Android-tablet-optimized apps that I may not have heard of, please leave a comment so I can give it a try!