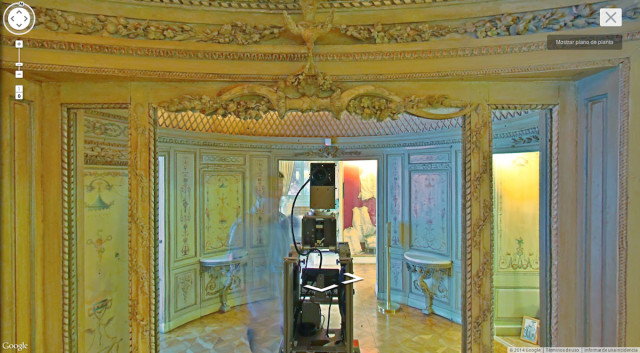 We've seen some strange things from the Google Street View car: From hitting a deer (oh dear!), to potentially hitting a donkey, to death pranks, the car records the world. Google's latest project aims to move the "Street View" inside, mapping out some of the world's most famous museums.

It seems that the Google mapping robot is not content with only taking pictures of the artwork that it sees. Quartz reports that the robots have now started taking selfies while wandering around the museums, and a Spanish artist created a Tumblr site to highlight the vain Google bots. Some of the images are of the robots themselves, whereas some have shadowy figures helping them out - the soul of the machine?

Is it possible that when Skynet finally forms, it won't look to destroy us but will instead look to emulate all of our worst features? I'm not sure that's a better fate for the human race.