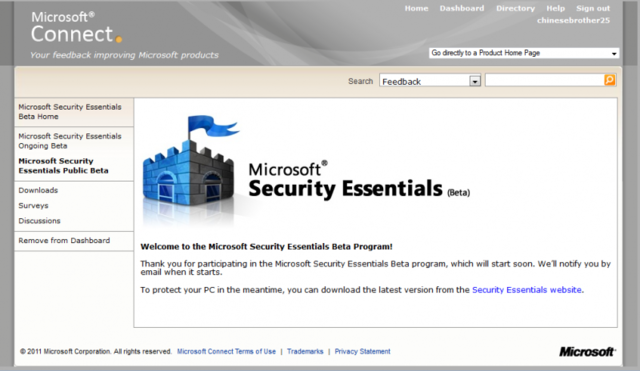 Apart from the fact that Microsoft is running a brand new beta program for MSE, we really have absolutely no other details. This is possibly for Microsoft Security Essentials version 3, as previously in June of last year Microsoft ran a beta program before releasing version 2 of the free antivirus software.

Thanks to aznkid25 and Tech Greek for the tip in the forums!