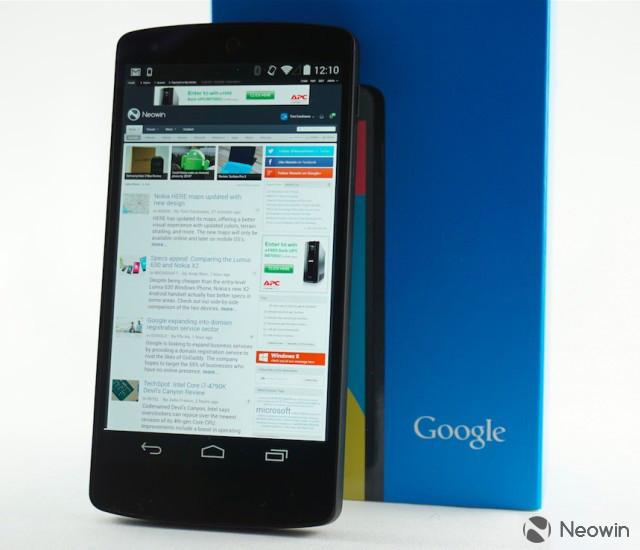 Google is expected to announce its next iteration of Android at Google I/O 2014. While we have seen glimpses of the updated design, we don't know what it will be called or what devices it will be launched with (if any). This release will be in stark contrast to previous releases where Android was typically unveiled in the later part of the year. But, amidst complaints from manufacturers and vendors, Google has moved up the announcement and will be revealing the new Android OS on June 25th or 26th.

According to Blooomberg, Sundar Pichai, Senior VP at Google, who oversees Android, Chrome, and Google Apps, is ready to unveil its latest Android creation along with many other things to the world. Although Pichai did not reveal the new name of the OS, it will most likely utilize a dessert-themed code name, much like previous releases.

While Apple pulled back the covers on iOS 8 at WWDC in early June, Google is looking to "wow" developers, customers, and manufacturers with its latest offerings that could expand beyond handsets, tablets, and computers. Last year, Google advanced mobile computing by introducing Google Glass. This year, it is looking to expand the idea of connectivity with Android Wear. Although we don't have a concrete idea of how this will work, we have seen bits and pieces of it in action. Simply put, Google is attempting to make Android Wear the premier platform for wearables. While it looks like this is primarily focused on smart watches, Google could surprise use with new and unique offerings at Google I/O 2014.