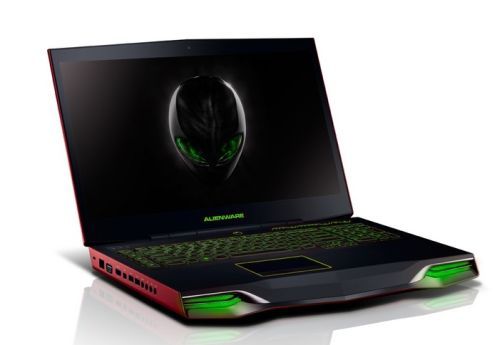 The GeForce.com web site offers up more technical info on the GeForce GTX 580M chip. It has 384 CUDA cores, a processor speed of up to 1240 MHz, and up to 2 GM of GDDR5 RAM. Nvidia claims that the chip offers up to six times the performance of AMD's  Radeon HD 6970M mobile graphics chip.

Also announced today by Nvidia is another notebook graphics chip, the GeForce GTX 570M. Nvidia claims that the chip offers up to 20 percent better performance than the chip that it is replacing the 470M. It has 336 CUDA cores, processor speeds of up to 1150MHz, and up to Up to 1.5GB of GDDR5 RAM.

Nvidia's PC and notebook processor business, while still a big portion of the company's revenues, have lost some of its importance as Nvidia gets more into the mobile processing market. It's Tegra 2 processor is used in a number of smartphones and tablets and recently demoed a powerful quad-core mobile processor code named "Kal-El" that should be out in products sometime this fall.