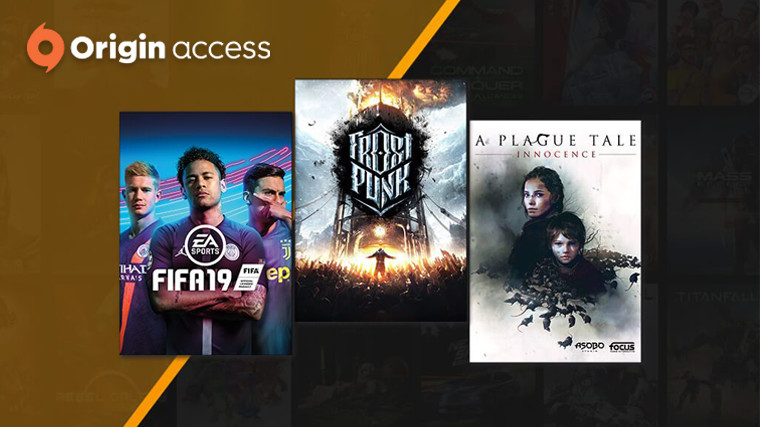 EA's Origin Access game subscription service on PC is growing once again this month, adding new games to the Vault while also moving some Premier titles over to Basic subscribers. This isn't a combined drop as usual, however, as the titles are spaced over July much like how Microsoft does with its Xbox Game Pass arrivals.

Here are all the July games and their launch dates on the subscription platform:

As seen above, They Are Billions and FIFA 19 are moving from being Premier exclusive titles over to the Basic tier later this month. Madden NFL 20, meanwhile, is being made available to Premier members a whole week earlier than Standard Edition purchasing players, who can play the title starting on August 2.

Origin Access recently crossed the 200 games mark, offering everything for $4.99 per month with its Basic tier. The Premier tier bumps up the price to $14.99 per month and also provides access to the latest EA games and other recent releases, which come in addition to the Basic games.