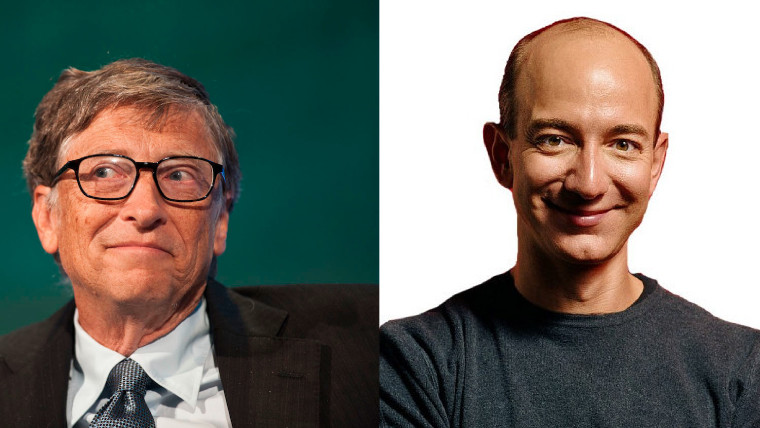 Bill Gates - co-founder of Microsoft, and its former CEO and chairman - has been the richest person in the world for many years, but his run at the top has now ended. Earlier this week, Gates' net worth was around $90 billion, while that of Bezos was $89 billion, according to Bloomberg and Forbes.

A surge in the value of Amazon shares in Thursday trading - ahead of the retail and tech giant's latest quarterly earnings report - has now pushed Amazon CEO and founder Bezos to the top spot with over $90 billion, making him the world's richest person, as CNBC reports.

Amazon's share price increased by $15 overnight, while Microsoft's dropped slightly. The respective valuations of the two companies could change during the course of the day, but even if Microsoft shares rally, putting Gates back in the lead, it seems likely that Bezos will eventually overtake him again.

Bezos is only the sixth man to hold the title of 'world's richest person' in the last 30 years, according to Forbes. His net worth has soared from $18.4 billion in 2012, growing by $70 billion in the last five years, including a $45 billion increase since 2015.

Amazon has been expanding into a vast range of industries in recent years, acquiring The Washington Post in 2013, and Whole Foods in a $13.7 billion deal last month. The huge success of its cloud platform has further fuelled its growth, along with its increasingly popular hardware, including its Fire tablets and Echo speakers. Not everything that Amazon touches turns to gold, though.

The disastrous launch of its premium Fire Phone - which was released three years ago this week - was a high-profile embarrassment for the company, but even that did not faze Bezos. In May 2016, he said: "If you think that's a big failure, we're working on much bigger failures right now. And I am not kidding. And some of them are going to make the Fire Phone look like a tiny little blip."