When you think about security companies, HP probably isn't the first name that comes to mind, and printers most likely are not the first device you think of. In fact, when HP attended Black Hat last year, many attendees questioned what the company had to offer at a security conference.

The fact of the matter is that a network is only as secure as its weakest link, and the printer is often one of the most overlooked links on the network. I talked to Michael Howard, the Worldwide Chief Security Advisor for HP Business, and he emphasized that many customers are still running ten year old printers that run operating systems like Windows 95 and Windows 2000 because they "still work." While systems administrators would never allow that OS on a laptop, the printer that sits in the corner is rarely thought about.

To help highlight the concerns with printer security, HP has been working with Christian Slater to produce a web series called "The Wolf," and they're highlighting season two at the conference. In the movie, they show how a combination of poor laptop security practices (such as not automatically locking a workstation when walking away from it) combined with no printer security can lead to a complete company takeover or, even worse, actually kill someone. While a bit over the top, the short film is extremely entertaining and it's not hard to see how some of these attacks could occur on your own corporate network. 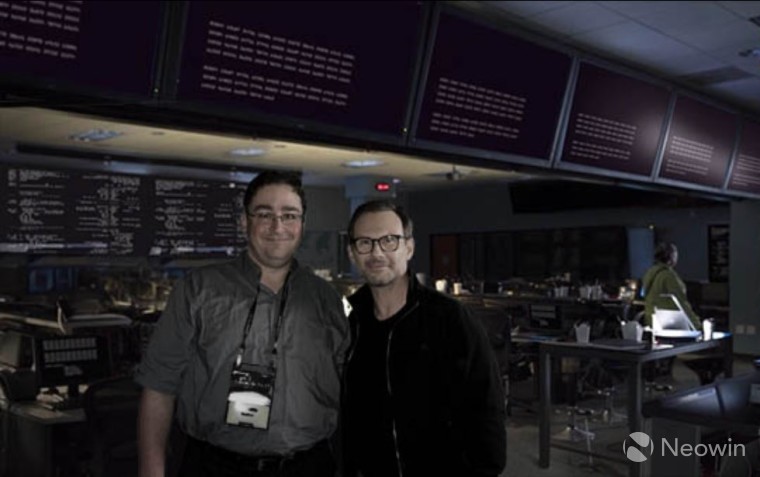 HP had Christian Slater make an appearance at the show as well, where hundreds of people waited in line to snap a quick picture with him in front of a green screen.