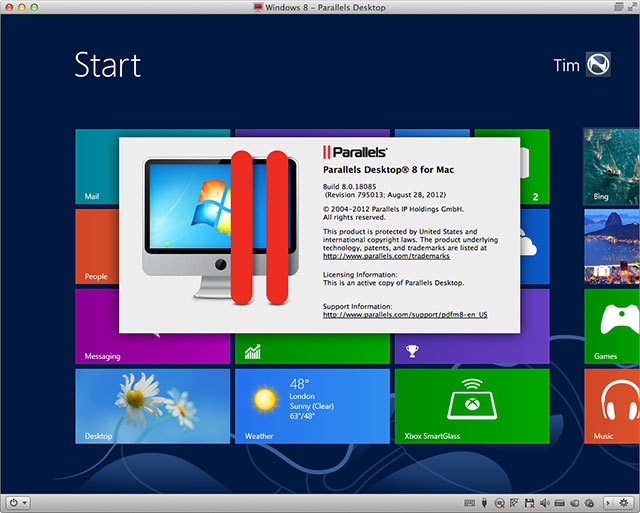 If you are a Mac user but still want to see what all the fuss is about with this whole Windows 8 thing, you will be able to get some hands-on time with Microsoft's next OS thanks to Parallels Desktop 8. This is the latest version of the software from Parallels that lets non-OS X applications run on a Mac.

PCMag.com reports that the new version now supports Windows 8 apps running on a Mac, either in the background or in full screen mode. If you own a MacBook Pro with a Retina display, the "Modern" Windows 8 apps will benefit from the increase in display resolution.

In fact, Parallels says that Desktop 8 can run all sorts of programs on a Mac PC, " ... regardless of whether it's an app for OS X, Windows, Google Chrome OS, Ubuntu, or even Android."

Owners of the current version, Desktop 7, can go ahead and download Desktop 8 right now from the Parallels website for $49.99 and if you bought Desktop 7 after July 25, the upgrade to Desktop 8 is free. The full version will launch on September 4th and will be priced at $79.99, with a version available for students for $39.99.