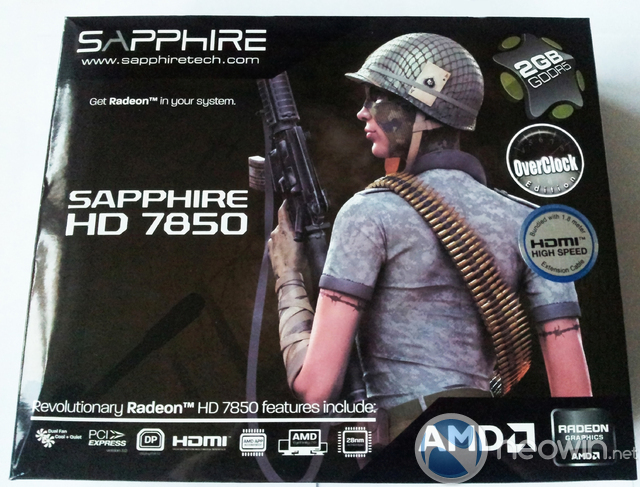 A few weeks ago at CeBIT in Hannover, AMD announced their latest class of GPU models, the HD 7800 series.

Sapphire were kind enough to lend us the Sapphire 7850 2GB OC Edition for review. In this review I will be showcasing the possibilities of this card. I will be testing the card on games such as Battlefield 3, Dirt 3 and F1 2011. I will also be putting the 7850 to the test against several benchmarking tools.

First I want to talk about the GPU core itself. AMD claim the 7800 series’ new GCN 28nm architecture with its dual geometry engines and 9th generation tessellator will allow for a performance boost against the 6970 of up to 425% in certain scenarios.

The unboxing and what’s inside 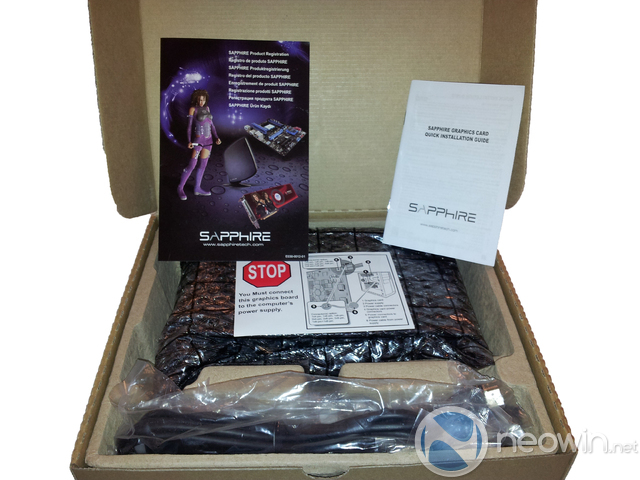 Inside the box you will find:

The Sapphire 7850’s dual slot cooler has a stylish design to it. The first thing you will notice is that is has two fans. These low noise “Dual-X” fans are extremely quiet while idling at 20%; even at 80% they still seem very quiet. Below them you will see aluminium fins which connect to two copper pipes linked to the copper GPU block. 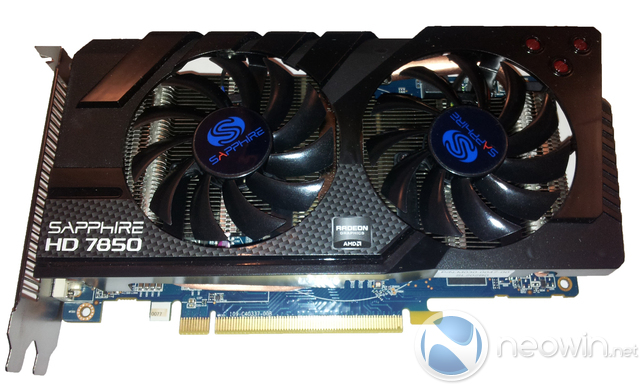 At the top of the card, you will spot a Crossfire connector supporting up to two 7850’s in a Crossfire configuration. Along the right side of the card you will find one 6 pin power connector. The 6 pin connector and the power through PCI-e provide the 130w required for this card.

Around the I/O plate you will see:

You can see the rest of the specs for the Sapphire 7850 OC Edition in the screenshot of GPU-Z below:

The test machine I will be doing these benchmarks on include the following components:

These benchmarks will be tested on the system above at 1920x1080 (unless otherwise stated). This graphics card will be put up against Nvidia’s 560 Ti OC Edition and see how they perform against each other.

The test included playing parts of the campaign of Battlefield 3 with “Ultra” settings at 1920x1080 resolution with 4xAA.

The card put up a great fight against the 560 Ti, Battlefield 3 ran extremely smoothly on Ultra settings with no noticeable tearing between frames.

As you can see from the scores above, the Sapphire 7850 OC Edition performed much better than the Nvidia 560 Ti. The 7850 was considerably better with the maximum frames per second. It would be interesting to see how the F1 2012 game performs with this card later in the year.

As you can see from the benchmark above, the Sapphire 7850 OC Edition flies by with a 326 point lead.

I was impressed with the 7850 on this test. The Heaven DX11 is a difficult benchmark to score high on, and it gained a good FPS count.

The Sapphire 7850 2GB OC Edition is a great card, and gives the Nvidia 560 a run for its money. The performance on some games out performs most mid-range cards in its category. Sapphire has done some great work with the cooling system on this card, the “Dual-X” fans are nearly silent and the temperatures are great. The card idles at around 32◦c (90F) and goes no higher than 49◦c (120F) while running the benchmarks for a prolonged period of time.

I was impressed with the contents inside the box; most manufactures won’t put many accessories in with the card. Sapphire on the other hand decided to go all out and provide as many ways to get the 7850 connected. They included a Mini-DisplayPort adapter and a HDMI cable which could be a nice addition to those not expecting it.

Retailers are currently taking pre-orders of around £200 in the UK and $260 in the US, although the price is sure to fall as Nvidia release their competition to the AMD 7000 series GPU’s.

For those that go out and buy this card, It will be a good upgrade from an Nvidia 400 series or an AMD 5000 Series.

The Sapphire 7850 OC Edition is due to be released later this month.