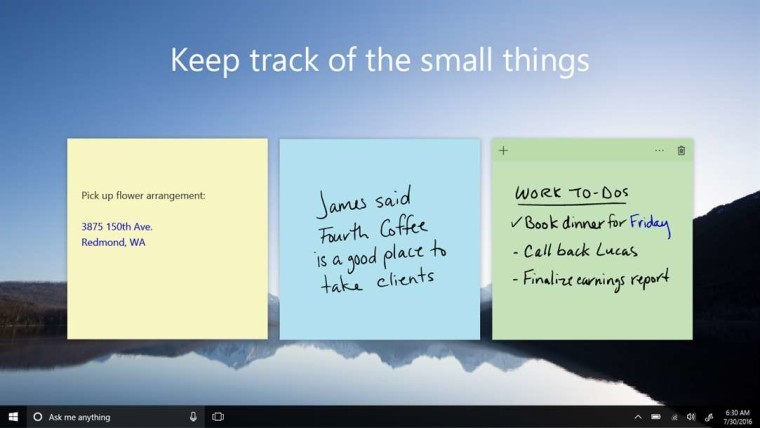 Just a few days ago, Reza Jooyandeh, Microsoft's Engineering Manager for Sticky Notes, teased a new version for the UWP Sticky Notes app that would be making its way to Insiders on the Skip Ahead ring. Initially, only a dark theme was showcased as "Part 1" of the upcoming changes. However, over the past couple of days, several other interesting new features have been revealed. 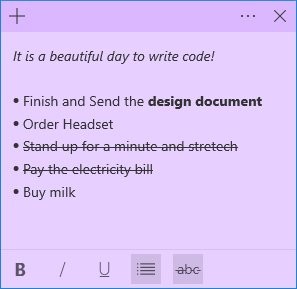 A new formatting bar has been introduced, enabling you to stylize notes more comfortably. Tasks can now also be crossed out instead of being deleted, presumably to provide a much more realistic feel to your notes. Similarly, animations within the app have been polished; the general look of the app has been improved to make using it a more aesthetically pleasing experience for users.

As part of the latest changes announced by Jooyandeh, several accessibility improvements have been noted, including the addition of assistive technologies, narration and keyboard navigation. Furthermore, touch and pen support, a high contrast mode, and more are being brought to the app as well. Some of these changes can be observed in the Tweet below.

As is aforementioned, Sticky Notes v3.0 is going to be introduced to Skip Ahead Insiders first, and make its way to other rings later. It will be interesting to see whether or not further changes being made to the UWP app will be revealed in the coming days. In any case, we'll keep you updated.