Google has recently opened the gates to their voice searching feature with its latest Chrome update. The service is available to all who use the browser and have the language set to US English, and is activated by calling out "OK Google" to their computer to initiate a search. The subtle addition should enable for a quick and efficient search, and we suspect that the more vocal users, who don't mind shouting commands at their computer, will enjoy this nifty feature especially. 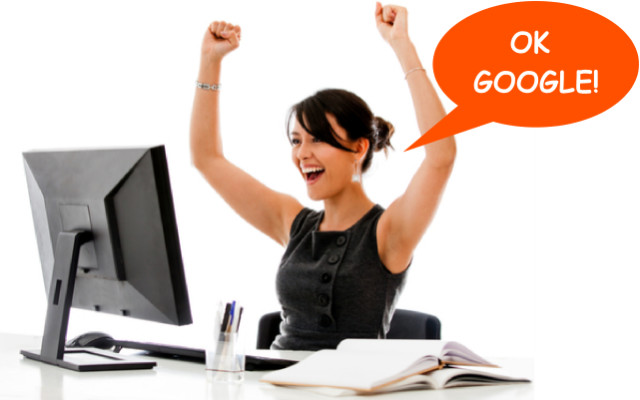 Previously only available within the Android community "OK Google" is now being opened up to an even larger audience. Voice activation has been well received within the industry, so its not really a surprise that Google are expanding it further. It may be worth noting that the feature has been in the public eye for Chrome since February, but only those who signed up to the beta "early access" scheme could take advantage of it.

Before the service can be activated, ensure that you are running the latest version of Google Chrome. This can be checked by clicking "About Google Chrome" in the options pane. Although the update is limited to US individuals, we suspect that compatibility for other languages will soon be made available.

With the imminent release of Microsoft's AI Cortana, as well as the hugely successful Siri from Apple, it's no wonder Google is keen to expand its offering further.

Source: Google via TechCrunch | Business woman with arms up image via Shutterstock