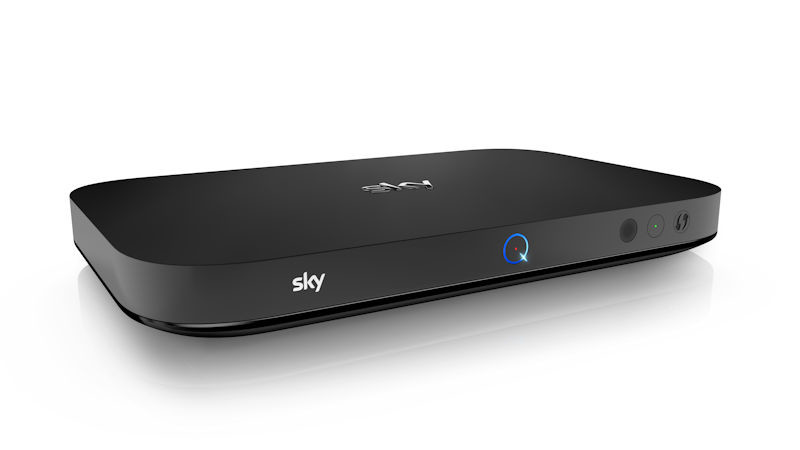 UK based television broadcaster Sky is revamping its Sky Q service next year by offering the service over broadband. The move enables customers who are unable to mount a satellite disk to enjoy the full TV experience offered by Sky Q, providing they have ample connectivity, which Sky is more than happy to provide.

Although this isn't Sky's first foray into the world of streaming content using the web, its previous offerings - Sky Go and Now TV - focus more on the Netflix model, offering on-demand content and the ability to catch-up on missed shows, but up until now it hasn't delivered the full TV experience using broadband.

Sky Q is itself a feature packed TV service. Touted as the flagship offering for new subscribers, it supports a number of features over a traditional Sky box, including built in powerline connectivity, the ability to stream content around the house to other TV's, playback recordings on tablet computers and even download them to tablets for offline viewing outside the house. The revamped service will also expand Sky Q's recording ability, allowing customers to record up to 6 shows while watching a seventh.

This year is about giving our customers even more quality, choice and value. We’re planning to launch our Sky TV service without the need for a satellite dish for the very first time, giving millions more homes the chance to enjoy TV with Sky Q.

There's no indication that Sky plans to drop its satellite offering any time soon. Considering its hefty investment in the technology, it's fair to assume satellite will be its preferred delivery method for some years, though as the technology ages and the cost of maintaining the satellites goes up, it seems inevitable that Sky will start to focus more and more on it's land based infrastructure, with the added benefit of easier two-way communication, something which future smart TV services will no doubt rely on more and more.

Sky claims that there are now over one million Sky Q boxes deployed in over 600,000 homes, numbers which look encouraging for Sky considering the service only launched in November 2015.