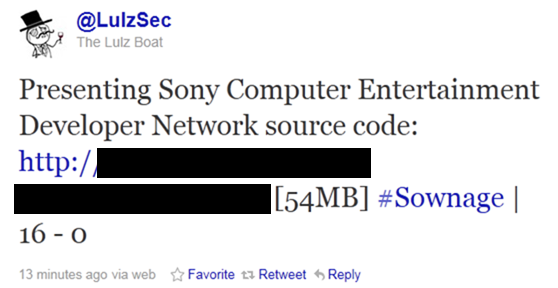 Things just do not seem to be going Sony's way these last few weeks. First their entire PlayStation Network was hacked with information stolen and quickly leaked onto the Internet, then when the service was relaunched, the website was once again taken down due to an exploit.

The website, scedev.net, houses all of the developer tools and kits for Sony products including PlayStation 3, PSP, Blu-Ray and many other products. However, the hack only managed to gather the source code for the website, and not the actual database.

The continued attacks on Sony have unveiled a number of their key online servers being unsecure. Later today, Sony will take the stage at E3 and talk a little bit about the recent PSN outage.