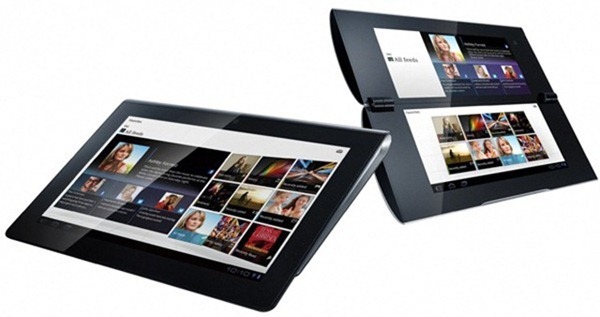 Today Sony unveiled their entries to the tablet world, the S1 and S2 dual-screen Honeycomb tablets, during a briefing with reporters and industry officials. Sony is expected to officially announce the two tablets later on Today, but The WSJ and Engadget already have images of the tablet.

The S1 tablet is a 9.4-inch screen with a curvy design, front and rear-facing cameras. The S1 will have a Tegra 2 SoC GPU, a "quick and smooth" touch panel UI with a "swift" web browser, according to Engadget. Not only will the tablet run games, applications and a web browser, but it can used as a remote control for your Sony electronics with the built-in infrared. 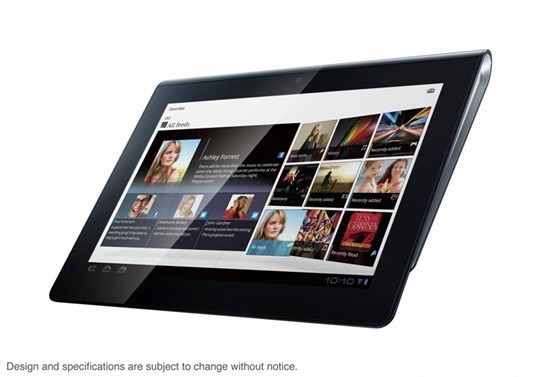 The S2 is a much different approach to a "tablet", where this model will have two smaller screens and be able to fold in half. The S2 will come with dual 5.5-inch screens with a 1024 x 480 pixel display, Tegra 2 SoC GPU, and two cameras. 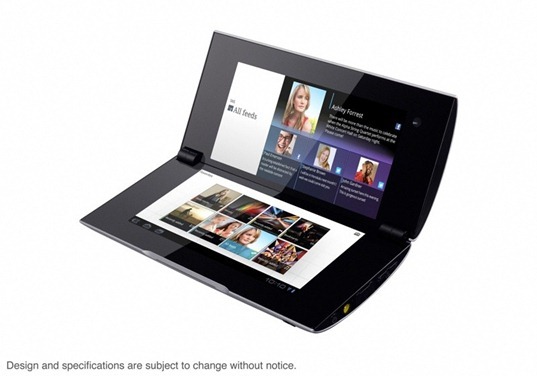 Both the S1 and S2 will be fully capable of playing PlayStation games, although the catalog of what games will be available was not mentioned, we can assume it will support PlayStation 1 games, like the Motorola Xoom does.

The twin tablets will be support WiFi and 3G/4G and will be available this fall.