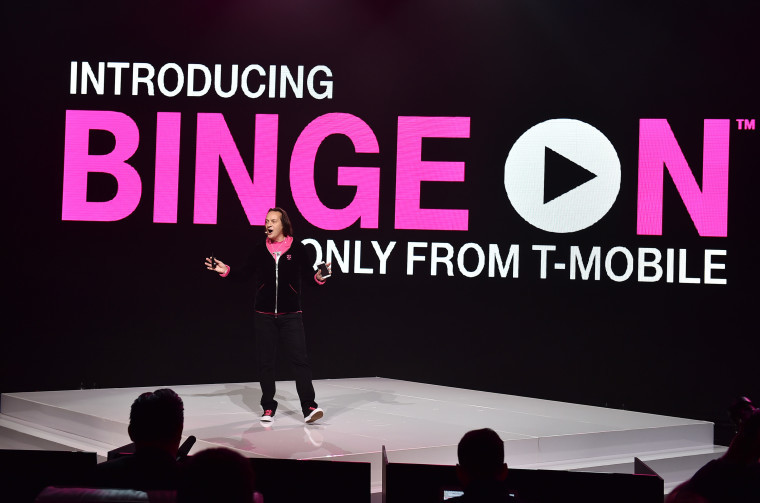 In an attempt to re-brand itself as a more consumer-friendly carrier, T-Mobile launched a program in November called "Binge On." The service lets users stream as much video as they want from any provider that wants to team up with T-Mobile, and that video streaming won't count against their monthly cap. On the surface, the service sounds great as more and more people are using mobile devices and streaming video while on the go. In addition, T-Mobile claims the service "utilizes streaming video optimization technology throughout its network to help customers stretch their high-speed data while streaming video."

Unfortunately it appears that the old saying "there's no such thing as a free lunch" is once again proving to be correct as the Electronic Frontier Foundation, or more commonly known by the acronym EFF, has found that T-Mobile is actually throttling all video traffic to a mere 1.5Mbps, regardless of what the source site supports. They tested by downloading video in three different ways: Streaming in the browser, downloading a known video file to an SD card, and downloading a video file with a non-video extension to an SD card, in addition to downloading a non-video file. In the test, all of the video files capped out at 1.5Mbps, but reached speeds of over 5Mbps when the traffic was encrypted so that Binge On couldn't read the packet information. EFF also found that T-Mobile isn't "optimizing" anything, as the files they downloaded had the same cryptographic hashes regardless of whether they were put through Binge On or not.

This turns out to be a pretty big deal considering the FCC passed Net Neutrality rules in early 2015. The Open Internet Order specifically states:

…shall not impair or degrade lawful Internet traffic on the basis of Internet content, application, or service…subject to reasonable network management

EFF makes the argument that if T-Mobile only throttled service providers that sign up for Binge On, or made customers opt-in to the service instead of opt-out, they would probably not be violating the FCC rules, but as things stand now, the FCC may have to step in and take a look at T-Mobile's business practice because it's clearly not benefiting the consumer.