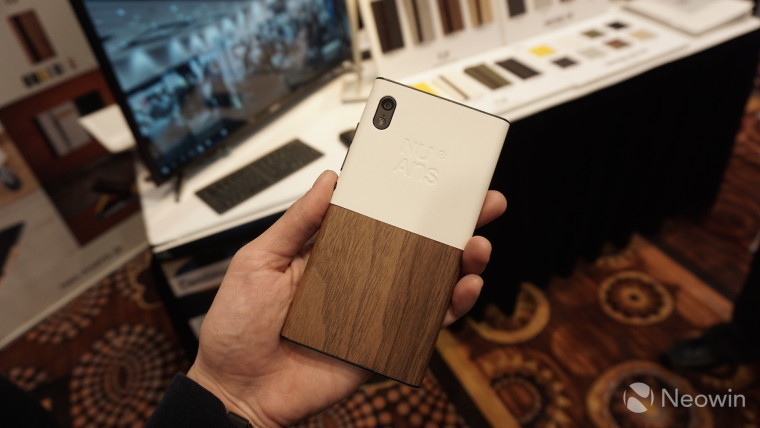 You may not be familiar with the NuAns NEO, but it’s one of the most interesting Windows 10 Mobile devices to come to market. While it’s been available in Japan until now, the NEO is now going global with a Kickstarter campaign and early bird special prices.

The NuAns NEO was originally unveiled last year in Japan, with the phone officially heading to market in November. Since then the device has made a number of appearances including at CES, where we got the chance to try it out.

What makes this device truly unique is its two-tone or flip design, which offers users the chance to customize their devices to their heart’s content. The phone cases come in a variety of colors and materials including wood and leather.

But that not to say the NuAns NEO doesn’t have anything else to offer. The device supports Continuum and has a pretty sizable battery that should offer around two days of usage. Here are other specs of the NuAns NEO with Windows 10 Mobile:

The device is currently available for as little as $270 for those who pledge quickly on Kickstarter, open to everyone in the world. The device is expected to ship in November.