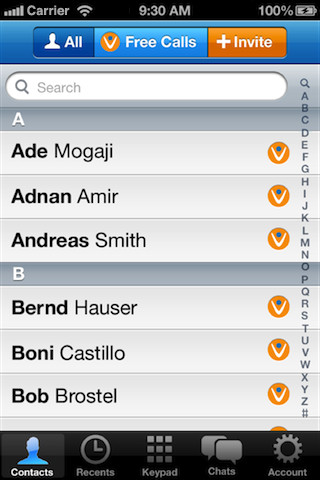 A year ago, the popular VoIP service Vonage launched the first versions of its iOS and Android apps, allowing smartphone customers in the U.S. and Canada a way to call any mobile or landline in those countries for free for 3,000 minutes a month, along with free Vonage-to-Vonage calls and cheap international calls.

You might be asking yourself if Vonage has any plans at all about launching a Windows Phone app. As it turns out, you might get your wish soon. WMPoweruser.com reports that, according to an email from Vonage sent to one of its readers, Vonage does indeed plan "to have this feature in Windows phones in the near feature."

It will be interesting to see what features will be included in the Windows Phone app. Vonage has made a big deal about showing how its iOS and Android apps are different, and in some cases better, than the apps made by Microsoft's Skype division for those platforms. The fact that Vonage will basically be making an app for Microsoft's own mobile OS that will directly compete with one of its products should make for some interesting marketing and promotional chat between Vonage and Microsoft/Skype.