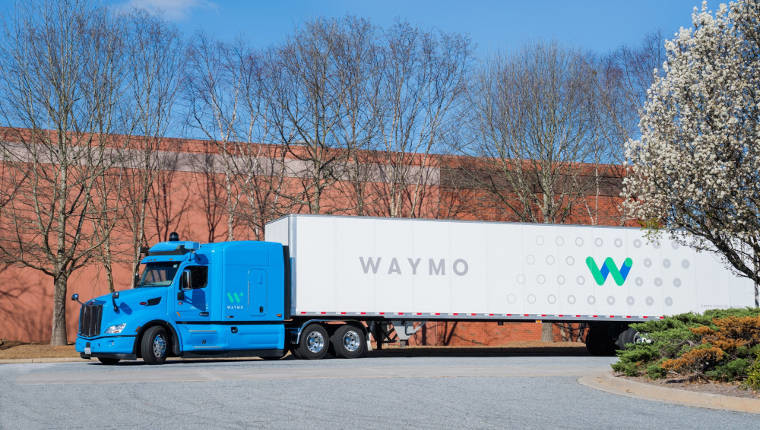 Alphabet’s autonomous car division, Waymo, has announced that it is deploying a fleet of self-driving trucks to the roads of Atlanta. During the pilot programme, due to start next week, the self-driving Waymo lorries will carry cargo bound for Google’s data centres. If you’re a resident of Atlanta, you can rest a little easier in the knowledge that the trucks will also be ferrying a trained driver in the cab to monitor systems and take over the vehicle if needed.

In the announcement, Waymo said:

“Trucking is a vital part of the American economy, and we believe self-driving technology has the potential to make this sector safer and even stronger. With Waymo in the driver’s seat, we can reimagine many different types of transportation – from ride-hailing to logistics. So if you’re in the Atlanta area, look for a bright blue Waymo truck making a run!”

The firm said that the software used to drive the big trucks is the same as that which drives the company’s cars; the lorries also use the same suite of sensors that power Waymo’s self-driving minivan. It said that the software is learning to drive trucks in the same way a human would after years of driving a car. Waymo says the “principles are the same, but things like braking, turning, and blind spots are different with a fully-loaded truck and trailer.”

The firm chose Atlanta because it’s one of the biggest logistics hubs in the U.S., and Google’s logistical operations also take place from there. In the pilot, Waymo will integrate its technology into the operations of shippers and carriers with their network of factories, distribution centres, ports and terminals.

So, as Waymo said, be sure to keep a beady eye out for the self-driving trucks if you’re a resident of Atlanta.