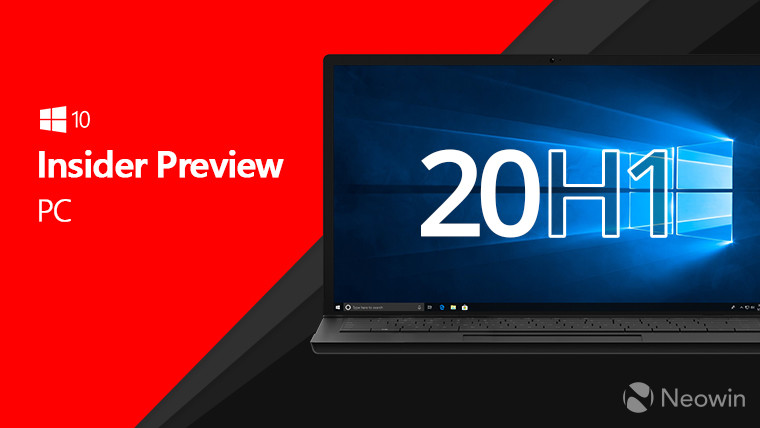 Unsurprisingly, Microsoft released a new cumulative update for Windows 10 20H1 to Insiders on the Slow ring today. It brings the build number to 19041.207.

The company typically updates the Insider Preview for 20H1 on Patch Tuesday. In fact, build 19041 was first released back in December. Microsoft has been letting it cook with cumulative updates for a few months before releasing it.

But oddly enough, what's now known as version 2004 still isn't available in the Release Preview ring, the ring of the Windows Insider Program that's dedicated to updates that are about to roll out to the general public. The 2004 version number indicates that the feature update should be finalized in April, probably followed by a May general release. In other words, there doesn't seem to be a reason that it wouldn't be in the Release Preview ring, and Microsoft certainly hasn't said anything.

As for today's build, the team still hasn't published a blog post about it, so there's no way of actually telling what's new. In fact, when build 19041.173 was released a few days ago, the team waited a few hours to tell anyone about that one as well. If you want to take a guess, it's probably best to assume that it includes similar fixes to the rest of the Patch Tuesday updates.