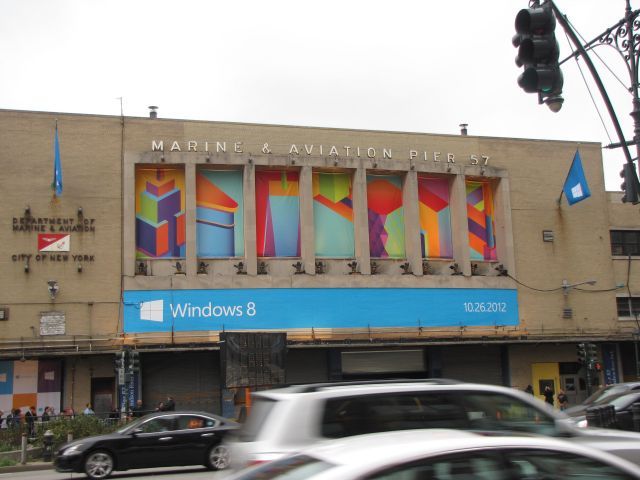 Later today, Microsoft will be kicking off its official Windows 8 launch event in New York Cty. The main event for members of the press will be held at Pier 57, just off the Hudson River in the Chelsea neighborhood of Manhattan. 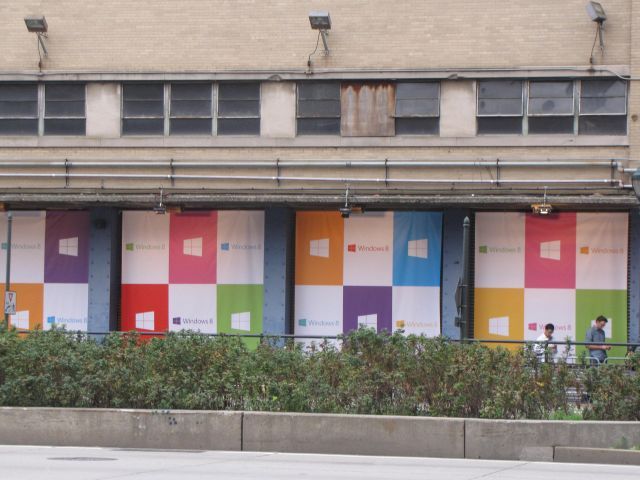 We have walked from our hotel to Pier 57, where preparations are still being made for the big press event. Microsoft has decorated Pier 57 with some Windows 8 signage but otherwise its a fairly low key affair. 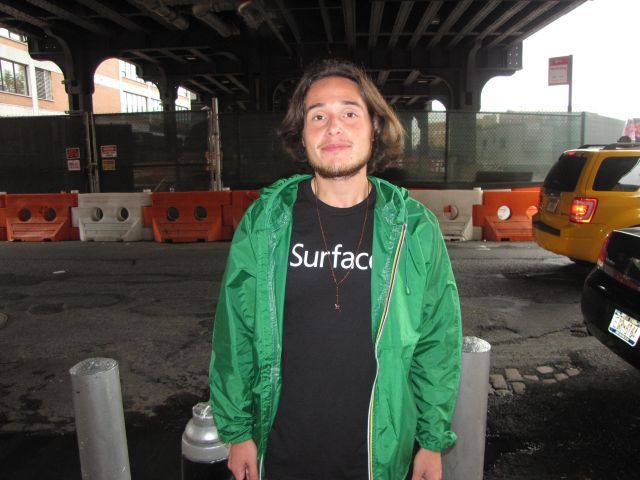 However, about a block away from Pier 57, we spotted a worker wearing a Surface t-shirt and a Windows 8 jacket. We would like one of each, please Microsoft. 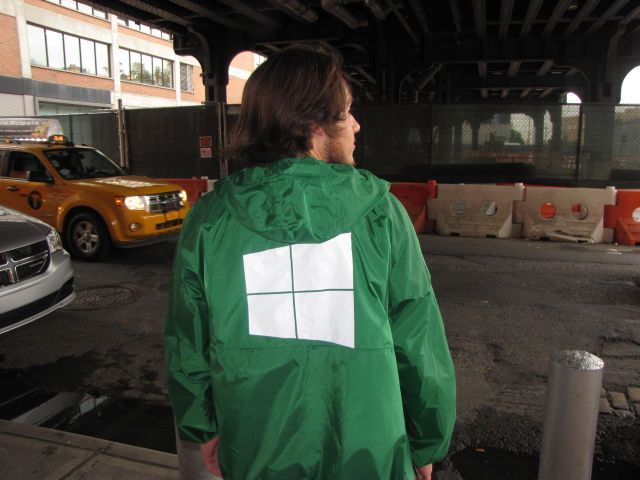 We will have a lot more from Microsoft's Windows 8 launch event later today. By the way, we walked past the Times Square "temporary" Windows Store on our way to Pier 57. This is not some tiny mall kiosk; its a huge facility. Unfortunately, it's also covered up so we could not see inside yet.

We also had a small chat with Sinofsky who recently tweeted out our review of Windows 8.

It looks like Microsoft will be doing a lot from that location later tonight at the stroke of midnight. We will be at that second launch event later tonight with all of the details and lots more pictures.