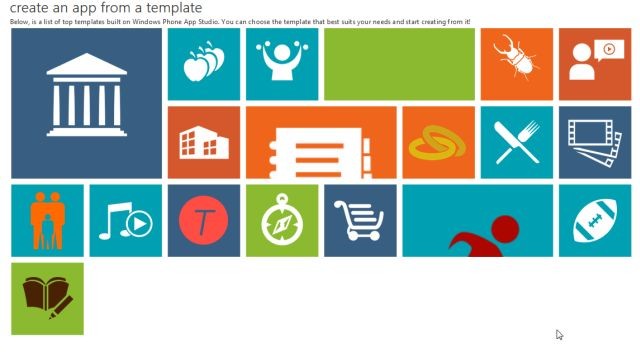 In August, Microsoft launched the first public beta of the Windows Phone App Studio website, which allows anyone to quickly develop an app for the OS that can later be uploaded to the Windows Phone Store. Today, Microsoft announced it had put in some new features and improvements to the site, along with another announcement concerning age ratings for apps.

In a post on the Windows Phone site, Microsoft states:

Look around in App Studio and you’ll see that the menu bar now makes it easier to navigate. We enhanced the navigation buttons and made it much easier to edit collections after an app is created. We added dozens of new graphics elements: icons, backgrounds, and stock images you can use to enhance and sharpen the visual identity of your app. In response to your feedback, in this newest version, we’ve integrated with SkyDrive, making it easy to access your pictures.

The Windows Phone App Studio site also includes some improvements to the Visual Studio project template along with the code that the template creates.

In a separate blog post, Microsoft says that Windows Phone apps that require ratings from third party groups like the ESRB and the PEGI can now be submitted to the Windows Phone Store by uploading the GDF XML file on the Age rating and rating certificates page in the developer dashboard. Microsoft says this will reduce the amount of steps and time needed to add those ratings to an app.