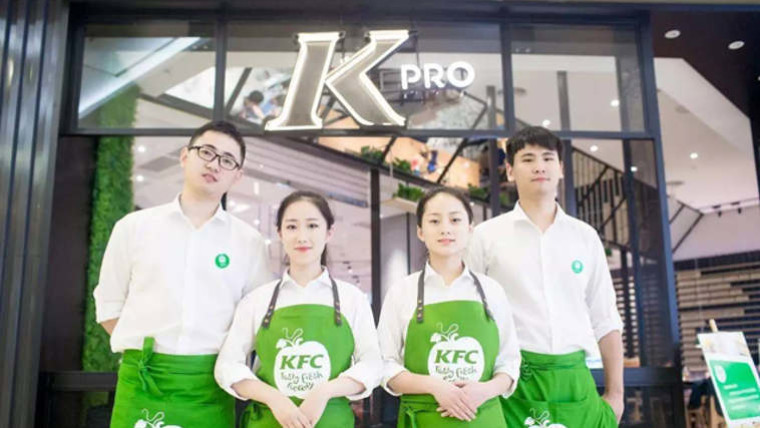 Yum China is bringing out a new smile-to-pay system at its KFC-inspired KPRO stores across China in an effort to try and attract new, tech-savvy, and younger customers.

According to Ant Financial, an affiliate of Alibaba, who developed the facial recognition technology, this is the first commercial application of such a technology in the world. The customers can pay for their orders by effectively scanning their faces and providing a phone number to avoid scammers. The system tries to ensure that people don't try and pay with a picture or video of someones else's face by making the customers smile while the system uses a liveness detection algorithm and a 3D camera.

Yum China only recently unveiled the health-centric KPRO stores, which bears some resemblance to KFC, but with a change of the iconic red KFC logo to a green logo, along with a menu that sells salads, craft beer, and roasted chicken instead of fried chicken, because nothing means anything anymore.

This isn't the only innovation that Alibaba has come up with lately as only a few weeks ago it elaborated on its plans to sell cars from a building sized vending machine. KFC has had a whole bunch of unique ideas lately; like a phone, a chicken bucket that can print photos, and a VR training game that has been described as being sinister.

So, making people pay with their smiling faces doesn't seem as odd as some of the other things it has been getting up to.