Microsoft has been showing off Mango for its Windows Phone platform for several weeks. If you are a developer and you have been anxiously waiting to get your hands on the upcoming platform, fortunately, that wait is now over.

Brandon Watson has announced on his Twitter account that Mango for developers is now out, it was previously expected that the release would occur tomorrow. This is good news for not only developers but consumers in general. With developers now getting their hands on the new platform, it is one step closer to being released to the consumer.  Also, with developers getting a head start, applications that can utilize the new features should be plentiful in the marketplace when consumers do finally get their hands on the update.

For Microsoft, Mango is a big hurdle in not only getting the release pushed to consumers, but to also tilt the playing field in their favor. With increased integration with Bing and many other new features, Mango will help set Windows Phone apart from others in the marketplace.

Mango is expected to be released in September this year and brings 500 new features to the Windows Phone 7 platform, including Multitasking, IE9, OS-wide IM integration, deeper social networking and more. 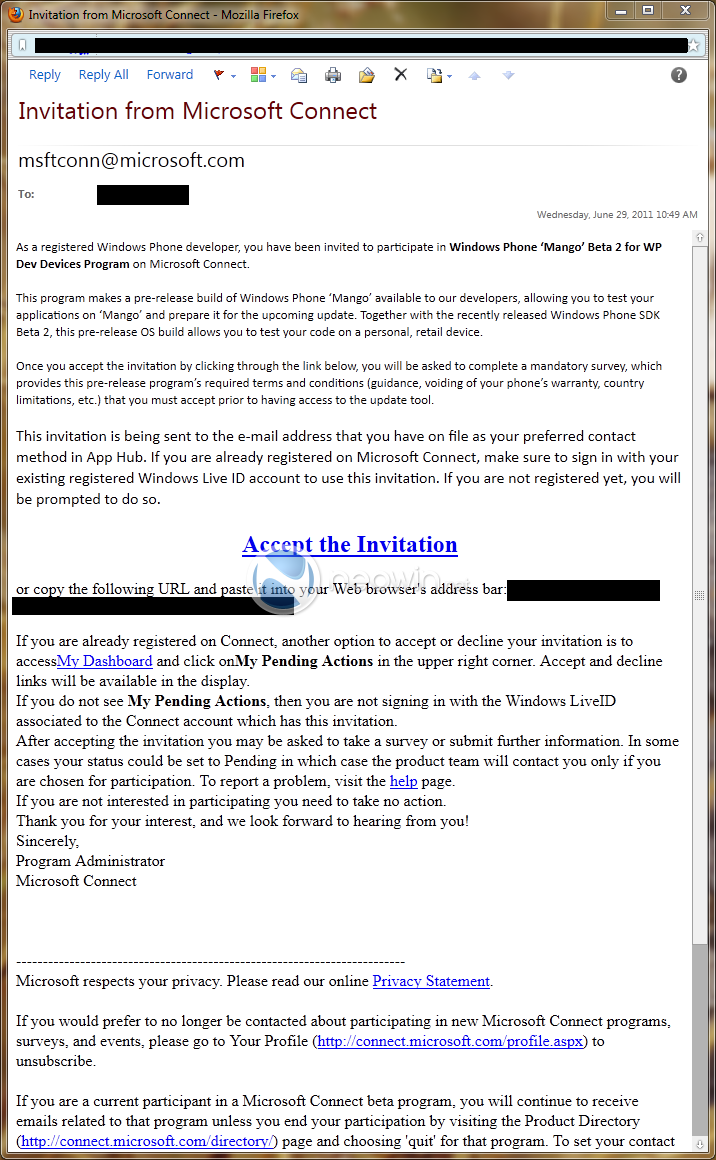