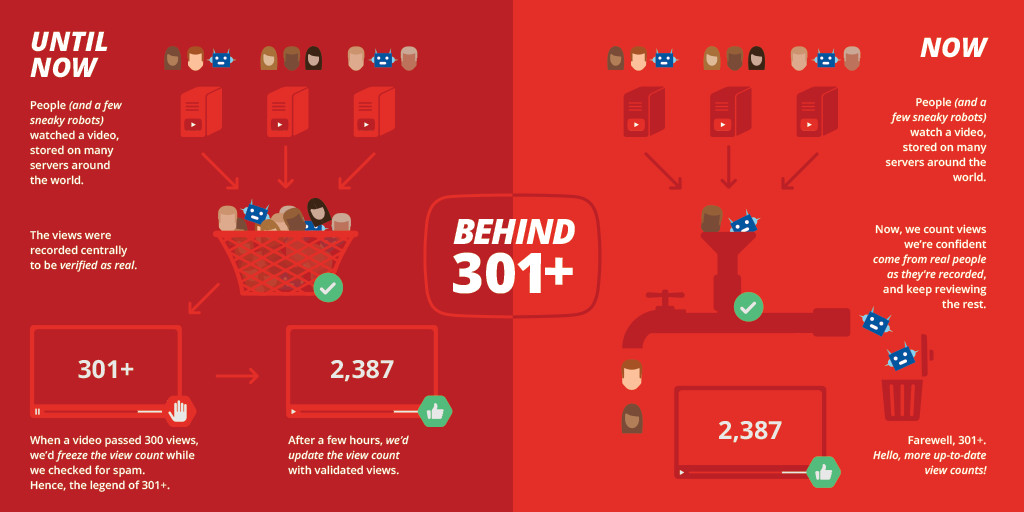 YouTube is finally updating its system that calculates video views, doing away with the infamous counter that would get stuck at '301+' views.

You've probably seen it before - a popular YouTube video that when first released has views that are stuck at the count of 301+. While the counter doesn't stay at 301 views forever, it does take some time for it to refresh and show an accurate amount of views. Today, it looks like YouTube is upgrading its counting system that will bring more accurate counts and also say "good bye" to the 301+ freeze.

YouTube announced the news on its official 'YouTube Creators' Twitter account with an image explaining how the new system would work. Rather than halt the counter at 301 to review for spam views, the new system will review counts as they come in. Naturally, there will still be a spam filter, but it will be more streamlined to allow the counter to maintain an accurate count.