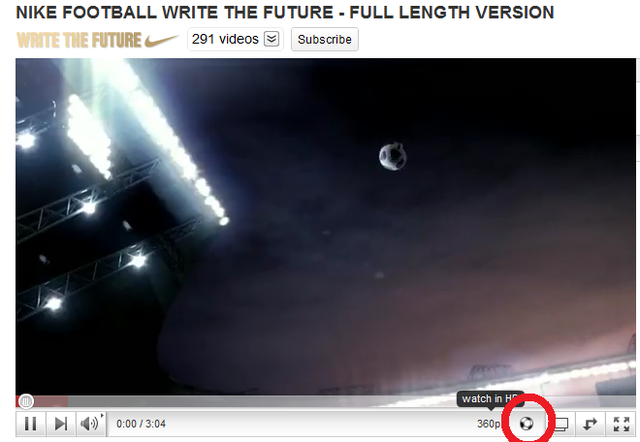 Although television networks have taken to filtering out the notorious sound of the Vuvuzela, Youtube has decided the World Cup 2010 atmospheric sound would be a great addition to its videos.

Known for its various pranks, Youtube has added a "soccer ball" to the transport control bar of its new player. When clicking the button, a recorded loop of vuvuzelas can be heard playing over the video currently being watched.

Popular opinion of the vuvuzelas over broadcast mediums is anything but positive. The constant drone engulfs the listener and creates a sense that the individual is being swarmed by millions of buzzing insects. Players and coaches have also derided the "instrument" which is a hallmark of the World Cup, hosted by South Africa. FIFA has not issued a ban on the instrument, as it is seen as a part of South African culture.  Broadcasters such as ESPN have not only given instructions on how to reduce vuvuzela noise, but have applied their own filters in an attempt to kill the sound.

The vuvuzela has become a bit of a meme, with iPhone applications and even a website that will add the noise to any page of your choice. Even Neowin can be vuvuzela-ized, although it is certain that our developers are not adding the "feature" to the community.