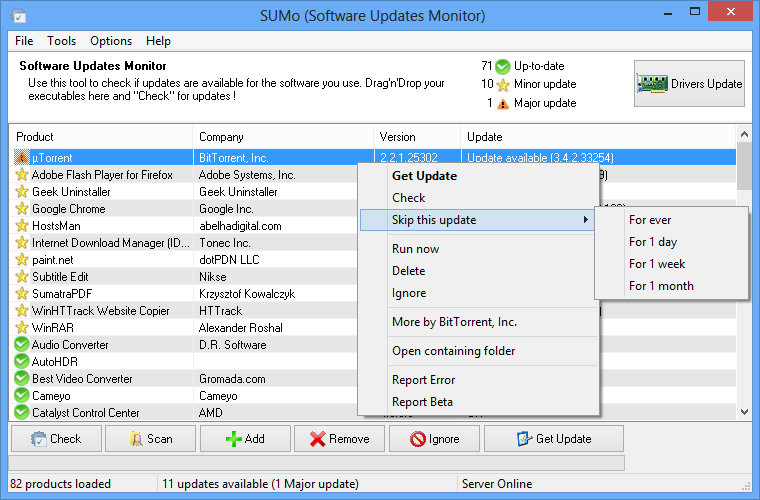 SUMo stands for Software Update Monitor. Thanks to SUMo you'll be able to keep your PC up-to-date by using the most recent version of your favorite software ! Unlike build-in auto update features, SUMo tells you if updates are available before you need to use your software.

This is the portable version, 'sponsor' free - without spyware, adware or any other form of malware.

*The "self update" feature require a "SUMo PRO" licence, but the rest of the product remains totally free, like in v3.x versions. This is just a "premium" time saving feature for registered users.