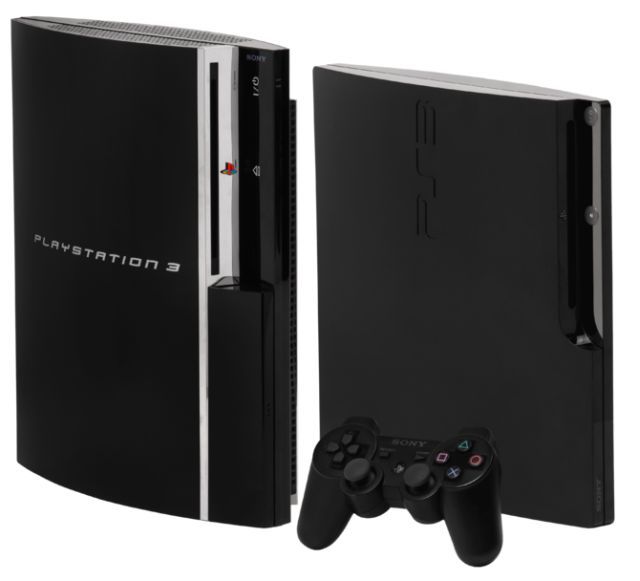 I was there at Sony's press conference at E3 in May 2005 when the company surprised the entire audience by introducing the Playstation 3 to the world. The journalists inside were expecting that Sony might mention the successor to the Playstation 2 at the very end of the press event but Sony did a bold move and ignored its upcoming PS2 game line-up entirely. Instead, Sony was going after Microsoft which had just announced the Xbox 360 a few days earlier and was planning to launch the console in the fall of 2005.

Sony showed off some impressive game demos at the event, including a live Unreal Tournament game from Epic that was made to showcase the powerful NVIDIA processor inside the PS3. The biggest game demo came when Sony showed off a new Killzone game. It had the details, the character modeling, the action and the effects. All of it was far beyond anything that even Microsoft had shown for the games lined up for its Xbox 360 console. We should have learned that something was off when Sony admitted after E3 that the Killzone game "demo" was in fact a CGI pre-rendered video with no in-engine game footage shown at all. But the prospects for the PS3 were still high, even though the company missed its planned spring 2006 launch date in favor of a fall 2006 launch for the US and Japan.

At Sony's press conference at E3 2006, Sony showed the Playstation 3 hardware once again. There were a few minor changes compared to the prototype console but the the biggest change was the shape of the PS3 controller. Sony ditched the "boomerang" design in favor of one that closely resembled the PS2 gamepad.

The hardware was still powerful. It had the custom made Cell processor, the still powerful NVIDIA RSX 'Reality Synthesizer' graphics processor, a built in WiFi antenna (something still a bit rare five years ago), and built in hard drives of 20 GB and 60 GB for the first two PS3 versions (Microsoft made its Xbox 360 hard drive an option for one of its models when it was first released). Most impressively, Sony had a slot-loading Blu-Ray player inside; the Blu-Ray format had not even launched yet when the E3 2006 press conference was held and when the PS3 actually came out it would be only a few months old.

Even the design of the PS3 seemed futuristic and sleek with its jet black finish and its curved design. It was, and still is, a very impressive machine.

At the end of the E3 2006 press conference, Sony dropped the other shoe on the assembled journalists. It said that the PS3 would be sold for $499 for the 20 GB version and $599 for the 60 GB version. The audience was stunned. Sony was trying to launch the next version of its flagship game console at a price that was at least $200 higher than the launch of the PS2 six years earlier. One well known game executive told me right after the press conference that in his opinion, Sony had priced itself out of the console business, saying "There will not be a Playstation 4."

For a while, it was looking like the PS3 was going to be a huge hit. The console launched five years ago on November 17, 2006, after launching in Japan on November 11. I managed to get the 60 GB version but it wasn't easy as people were eager to stand in line for hours at their local retail store to get the PS3. However, a lot of them didn't want the console for themselves; they just wanted to resell it for a big profit on eBay. Indeed, the auction web site was filled with PS3 items for sale at widely inflated prices just after the console's launch.

After the Christmas shopping season, Sony finally started putting new units of the PS3 on store shelves. And then a funny thing occurred: no one was buying them anymore. After the initial rush, units of the console sat on store shelves while those same stores couldn't keep up with the demand of the the $250 Nintendo Wii, which couldn't even play DVD movies.

The final result was clear. Sony had made a monster of a console in terms of hardware and forward thinking technology, but it had to find a price that wouldn't break its back. It thought that the $499 and $599 price points were fair, and it actually was considering what you got out of it. But for the regular consumer, all they saw was the price, period. It didn't matter about the Cell processor or the Blu-Ray player. All that mattered was that the Wii and the Xbox 360 were much cheaper.

It's been five years since I got my PS3 and I am very happy to say that it has never given me one ounce of trouble. My unit remains a solid machine. It has given me great pleasure in the past five years while I have played PS3 exclusive games like Killzone 2 and 3, the Uncharted series, InFamous, LittleBigPlanet, the Resistance series, and more.

I like the way that Sony doesn't insist that people pay extra money for joining in multiplayer online games on the console. I have loved playing the smaller downloadable only games like Nucleus and Super Stardust HD. I still love that slot loading Blu-Ray player which even today is a feature that feels high-tech.

There have been some missteps. The Playstation Home 3D virtual world never really worked for me, although I haven't yet tried the recently revamped version of the service. For some reason downloads of games and patches seem to take a lot longer on the PS3 than the Xbox 360. Of course the biggest issue with the console happened earlier this year with the cyber attack that hit the Playstation Network that caused the entire service to shut down for weeks.

While the PS3 will perhaps not be as successful in terms of unit sales compared to the PS1 and PS2, the truth is that in many ways the Playstation 3 is the best game console Sony has ever made. It was bold and daring when it was first released five years ago. In the end, Sony and its first and third party game development studios have used the power of the PS3 to make some truly amazing games and in the end that's what you get a game console for.