We all know Windows Vista got a bit of a bum rap. Its biggest sin was that it shipped earlier than it should and its reputation has never recovered.

However, with Windows 7 now out, those of us who have to switch between PCs now find ourselves discovering completely new things about Windows Vista that are annoying -- because they are things that Windows 7 made so much better. 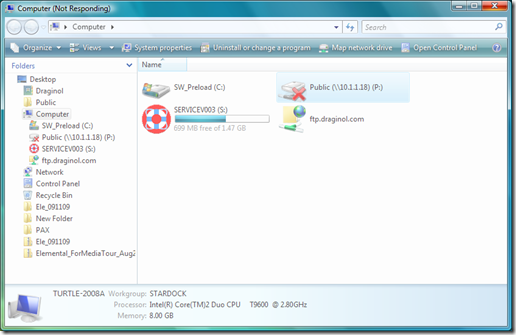 Windows Vista loved to throw programs under the bus for not responding. This was especially true of Windows Explorer which regularly would fade out a window because it was trying to access a network resource.

It was always annoying before but the realization that this is a rare occurrence on Windows 7 makes it all the more annoying when we're forced to use Windows Vista again.

#2 Are you sure? Are you REALLY sure? 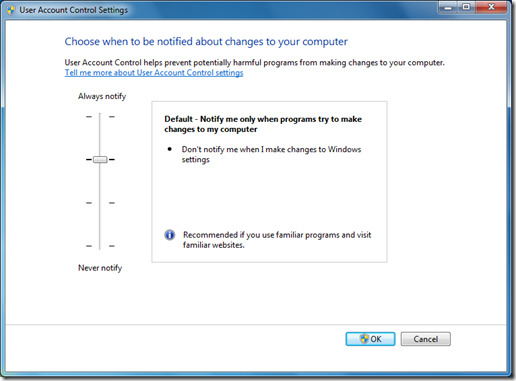 Windows Vista was the culmination of Microsoft's goal to have every action have a "are you sure?" dialog. Nothing illustrated this as much as the User Access Control console. In Windows 7, you can now fine tune this and with third party programs like Tweak7 you can even turn off the annoying "secure" desktop whose security remains theoretical.

#3 You want to change your resolution? Then you must go on a sacred quest first.

With Windows XP, a user could right-click on their desktop and go to properties. Windows Vista decided to do away with that and instead send people to personalization which gave quick access to, amongst other things...fonts. 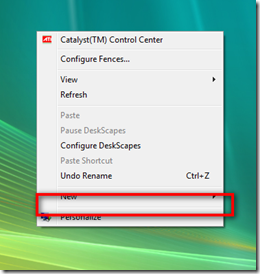 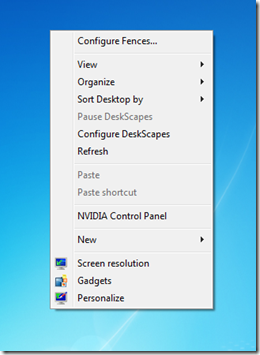 Thankfully, Windows 7 brings back a direct way to change screen resolution for those of us who find themselves occasionally doing so.

I had no idea how bad the Windows Vista system tray was until I had the pleasure of working with Windows 7 for awhile.

#5 Windows Explorer -- everything except what you need. 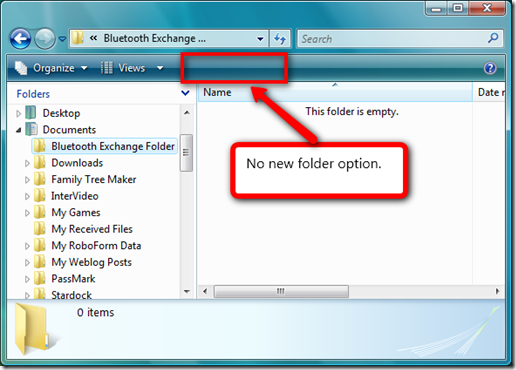 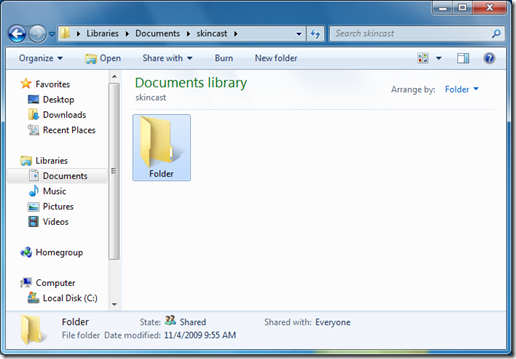 The Windows Vista explorer wasn't bad -- until you got to use the Windows 7 one.

#6 A dark time for skinning 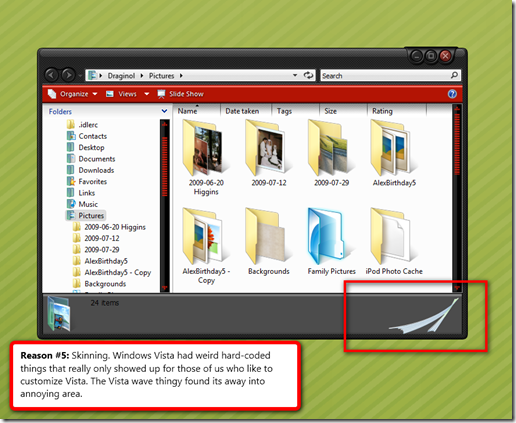 Sure, YOU might not be into skinning. But lots of people are and Microsoft hard coded enough weird graphics into the UI to make it a pain to customize compared to Windows 7. 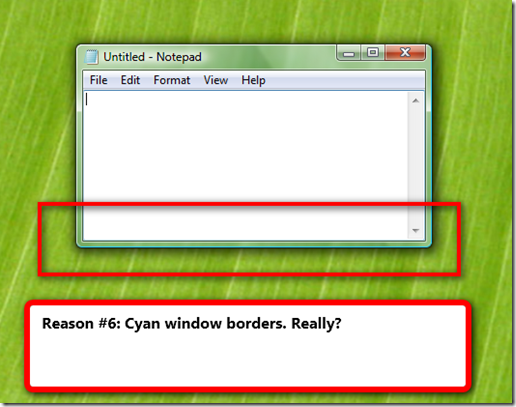 Someone at Microsoft thought it would be a great idea if the borders of Aero on Windows Vista were cyan. I didn't really notice or care that much until after I started using Windows 7 and then that along with the weird glare texture in Windows Vista's aero title bars really started to grate.

The user folder is a concept Linux and Mac users have had for years. Windows Vista started moving to this metaphor but Windows 7 really builds on it and the addition of libraries makes things that much easier to organize. 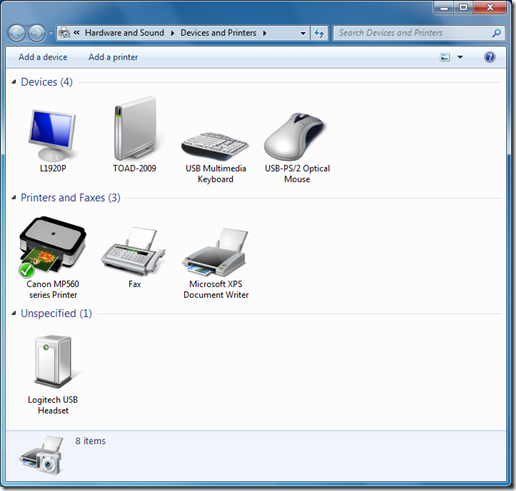 Adding and managing with common devices on Vista wasn't noticeably annoying at the time because it was actually better than it was on XP. But after having an actual devices folder, it's hard to go back.

I think it's a bit lame that Microsoft didn't backport the new home groups to Windows Vista. As a result, if you have a household of Windows 7 boxes that can now easily work together on a home group, that remaining Windows Vista box (or two or three) that is still painful to simply access a video or an image from is all the more annoying.

Much of this really boils down to the strengths of Windows 7 more than the weaknesses of Windows Vista. But it's been many years since I've loaded up a version of Windows and found the previous version so annoying.