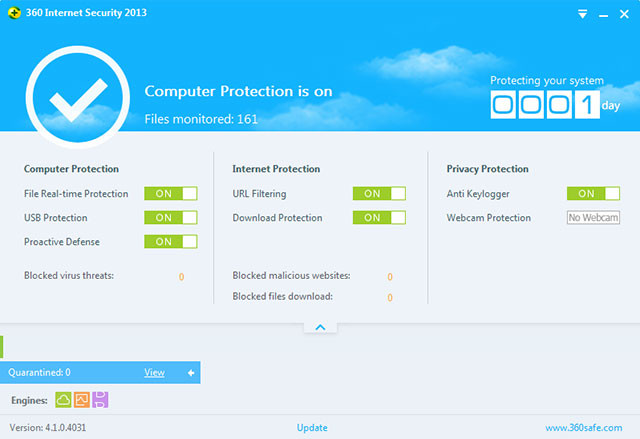 360 Internet Security 2013 is a lightweight, easy-to-use antivirus solution that ensures your PC free from trojan horses, viruses, worms, adware, and other malicious threats.

360 Internet Security 2013 utilizes a triple antivirus engine to keep your system away from the latest threats. By combining the power of the 360 checksum based cloud engine, machine learning cloud QVM engine, and award winning BitDefender local engine; 360 pushes antivirus to an unprecedented level.