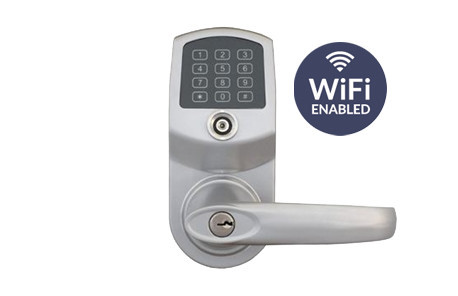 Smart locks have gradually become more commonplace in the past few years with many firms producing their own iterations for home and business use. While the traditional method of using a physical key is easy, it isn't all that flexible. Although there are many different kinds of smart locks, the majority of variants attempt to give users different options when it comes to unlocking their doors - whether it's via a remote connection, PIN code, and more. The unfortunate downside is that these newer methods can be susceptible to technical problems like if a software update goes wrong, you might literally be left out in the cold.

LockState has been dealing with this issue over the past week when its connected locks went out of commission due to a bad software update. To make matters worse, the type of lock that had the issue was also one that is used in a special partnership with some Airbnb tenants, which left many unable to control the locks protecting their homes. The initial problem occurred on Monday of last week when the firm sent the wrong firmware update to its RemoteLock 6i WiFi Smart Lock model. Beyond just disabling the ability for control, the locks were unable to receive subsequent over-the-air updates.

According to LockState, the improper update hit about 500 locks and the company offered affected clients the option of either having the lock manually reprogrammed requiring about five to seven days or the ability to request a replacement lock that would take about 14 to 18 days. While this does seem like quite a disastrous solution, the company has stated that they have already resolved the issue with roughly 85 percent of its customers. Naturally, if needed, customers can always go back to just using a physical key for the time being.